How Much Iodine To Take? 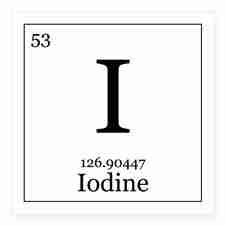 How Much Iodine To Take?

The Tendency To Hypothyroidism

With our increasingly toxic world, many people tend towards hypothyroidism, that is, insufficient production of thyroid hormones by the thyroid gland.

From a breast cancer perspective, hypothyroidism can occur both before and after breast cancer strikes and can be caused by several things. Sometimes it is due to the low iodine content of the average modern diet, sometimes it occurs as a direct result of having breast cancer, and sometimes it results from an excess of heavy metal contamination in a person’s environment. Chlorinated water in particular is toxic to the thyroid gland. There are a few other factors as well, but because of the fact that the thyroid gland is an important regulator for a good portion of the endocrine system, it is vitally important to know when and how to properly supplement with iodine.

It’s no wonder that people feel this way when the thyroid isn’t functioning well. An iodine deficiency slows down all of the systems of the body. It has been said that every 17 minutes all of the blood in the body passes through the thyroid gland and if there is an insufficient quantity of iodine to pass along to the cells that need it, there will be repercussions, make no mistake.

Iodine is a good tissue healer, a natural antiseptic and detoxifier, it elevates blood pH, helps the body absorb minerals and vitamins, and assists a broad range of illnesses, breast cancer being just one of them.

Iodine and the P53 Gene

Iodine is critical for a gene known as P53, which is fondly referred to as the “Guardian of the Genetic Code”, it’s that important. Without iodine and selenium, the P53 gene is unable to function properly, and it is critically needed by cancer patients to help eliminate abnormal cells from the body. [1]

There are some decent food sources of iodine, but the trouble is that getting a therapeutic dose from food is often difficult to achieve.

These foods include a good amount of iodine:

Yes, I just used the word “organic” that many times because organic produce has way MORE iodine in it than conventionally grown produce and none of the associated pesticides.

1. Get your thyroid hormone levels checked at your local doctor’s office through a simple blood test. If found to have insufficient levels – or even bordering on low – by all means, supplement.

2. A decent self test is to paint some Lugol’s iodine onto the skin (especially the neck area as the thyroid gland is located at the front of the throat) and allow it to penetrate. Generally speaking, the body will absorb it in an hour or less if you are deficient in iodine. This isn’t always the case, however, so getting blood levels tested is always a preferable method.

If you are going to supplement you will run across a few different options, but the two main types are something called Lugol’s iodine or nascent iodine. Some natural health experts believe Lugol’s iodine to be quite safe and effective for iodine supplementation, while others vastly prefer nascent iodine. It’s a hotly debated topic so to help you choose, here’s a little more about each one.

Lugol’s is not a brand name, rather it is a type of iodine solution in which iodine is combined with potassium (potassium iodide). It is named after the 19th century French physician who developed it, Jean Guillaume Auguste Lugol. It is available in a variety of dilutions, but normally 2 percent or 5 percent. Lugol’s can be a little harder on the stomach and rather bitter to the taste, so the preferable route of applying it is transdermally, through the skin.

One maker of Lugol’s advises:

The Difference Between Vertical and Horizontal Drops

There are two different ways to administer a dosage, vertical and horizontal drops.

Vertical – hold the dropper vertical (straight up and down) and squeeze the rubber top. Each vertical drop of 5% Lugol’s is equal to 6.25 mg of iodine, less than half that amount for the 2%.

Horizontal – with the dropper held horizontally (side to side – like the horizon), you’ll get twice as much per drop, or 12.5 mg of iodine (5%)

Where Lugol’s iodine combines iodine with potassium, nascent iodine has a slightly different configuration, atomically speaking. Without wanting to sound like a chemistry class, the nascent iodine molecule has the diatomic bond broken, with each atom keeping one of the two electrons that made up the covalent bond, and that gives it a high electromagnetic charge. Many iodine gurus believe this makes the nascent variety more absorbable and more effective as a supplement.

The Difference Between Grain Alcohol and Vegetable Glycerin

When taking nascent iodine with an alcohol base, know that the alcohol is simply ethanol, also known as grain alcohol. Yes, it is the same alcohol used to make alcoholic beverages, so it is an intoxicant. This form may not be appropriate for everyone, particularly children, recovering alcoholics or those fighting cancer. Another factor is that alcohol is often made with GMO corn. See my article We Must Avoid Genetically Modified Organisms.

Nascent iodine made from vegetable glycerine is probably a much safer supplement although you have to be wary here too. Some glycerine is derived from animals, some of it comes from GMO soy. If you can find it made with certified organic or Kosher-certified vegetable glycerine, so much the better. This type of vegetable glycerine is much safer and gentler as a preservative and will not present you with any of the problems associated with alcohol or GMO products. It is better absorbed, does not upset blood sugar levels like alcohol can, is easier on the delicate tissues of the body and is not toxic to the liver. Here’s the one I recommend.

According to Dr Mark Sircus, one of the world leaders on iodine supplementation, 2% nascent iodine contains around 400 micrograms (mcg) per drop so 10 drops would equal 4 mg of iodine. 100 drops would equal 40 mg. He says it’s safe to take much higher dosages than that suggested on the bottles. The sicker the person, the more iodine they need.

Dr Sircus states “One hundred drops a day is a strong dose, but when treating life threatening diseases it would not be unheard of to use upward of 200 drops a day in divided doses. It is very important to remember though that one should not shoot straight up to these dosage levels. One should start at low dosages and monitor for detox reactions, which will be less if sodium bicarbonate and other substances are used in conjunction.”

For breast or prostate cancer, up to 300 mg per day is considered by Dr Sircus to be a therapeutic dose, but that dosage is also hotly debated in natural health circles. If you are going to use a high dose, start at low dosages and work up to this dosage, and don’t take it all at once. Divided doses are best. Dr David Brownstein uses 200-300 mg per day for those with breast cancer and prostate cancer or for those who have metastases.

At high dosages, just please be aware of any unusual symptoms such as sweating, oily skin, high blood pressure, heart palpitations, feeling jittery, and bulging eyes as these symptoms can indicate you are taking too much iodine.

Iodine is best taken on an empty stomach 30 minutes before a meal, or at least one hour after meals, other medications and/or supplements. Taking it in early evening is not recommended because it can raise energy levels and keep you awake at night. So the best times to take it are 30 minutes before breakfast, 30 minutes before lunch and/or around 3:30 in the afternoon, no later than that.

Selenium is also necessary for a properly functioning thyroid and it’s another mineral of which we have all too little in our diet. Selenium is required for the conversion of the thyroid hormone T3 (triiodothyronine, an inactive hormone) to T4 (thyroxine, the active thyroid hormone). For more information on this interplay, see my article Why Iodine and Selenium Are Useful for Breast Cancer

Warning:
If you have been diagnosed with Hashimoto’s Thyroiditis, make sure you are under a health professional’s care and advice before supplementing with iodine.