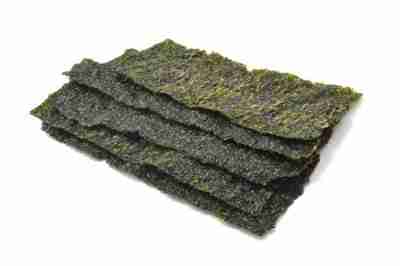 One of the things I always recommend for women after they have been through the gamut of treatments for breast cancer is that they go and get their thyroid checked out by their doctor, and the reason I make this recommendation is that there is almost always an issue with the thyroid for breast cancer patients.  It is important to note that having hyperthyroidism (an overactive thyroid) can increase your breast cancer risk.  Interestingly, however, a person who has had breast cancer already can often find themselves with a hypothyroid (underactive thyroid) condition.  How can this be?  Iodine and selenium are part of this equation and play an important role.

In 2010, the results of a 20-year study [1] that followed over 2600 women  were reported in the journal, Breast Cancer Research.  The women were divided into four groups based on their thyroid hormone levels and the study found that the higher the levels of thyroid hormone, the greater their risk for breast cancer, a nearly seven times higher risk.  Those with the lowest thyroid hormone levels had the lowest risk.  The women in the intermediate level groups had three and five times the risk of those with low to normal levels.

Some of the symptoms of an overactive thyroid include sudden weight loss, rapid heartbeat, increased appetite, nervousness and anxiety, tremors, sweating, changes in bowel patterns, fatigue, difficulty sleeping, skin thinning and fine, brittle hair.  If you are experiencing a lot of these symptoms, it would be a good idea to go and get your thyroid checked.

Those With Breast Cancer Often Have Hypothyroid Condition After Treatments

In 2008, however, a large study found that radiation treatments did not increase rates of hypothyroidism, but just having breast cancer did! Those who had breast cancer had a 21% higher risk of being hypothyroid compared to the control group. [2]

The oncology naturopath often quoted in this website, Dr Jacob Schor, says that “… nutritional deficiencies, in particular iodine and possibly selenium deficiency may be to blame.  The second theory getting attention is that the breast cancer triggers an autoimmune reaction leading to hypothyroidism.”

Dr Schor further stated “The immune system may accidentally attack the thyroid gland after being provoked by the cancer.  Perhaps patients with breast cancer experience an immune response to the breast tumor that is also directed against the thyroid gland.  Both breast and thyroid tissue share the same sodium-iodide symporter and the immune system may simply target an antigen the two have in common.”

Interesting observation, is it not?  Dr Schor feels that some patients may be deficient in iodine, while others may have autoimmune thyroid disease triggered by their cancer.  His thinking is that we should be testing breast cancer patients both for iodine deficiency and for thyroid antibodies.  He goes on to say “Iodine is the greatest common denominator linking both breast and thyroid health.”

Your breasts contain one of the highest concentrations of iodine in your body.  Most natural therapists know that an iodine deficiency is associated with cyst formation.  Many women develop fibrocystic breast disease, with cysts turning into small lumps called nodules.  In prolonged iodine deficiency, these nodules become hyperplastic, meaning that cells are multiplying abnormally.  And hyperplasticity is a precursor to cancer.  Thus, long-term iodine deficiency can lead to breast cancer.

Both animal and human studies indicate that iodine suppresses breast cancer development.  Some researchers have felt that iodine should be used for breast cancer therapy because of its antiproliferative properties in the mammary gland. [3]

An interesting study done on rats pretreated with iodine demonstrated that the iodine protected them from developing breast cancer after they were exposed to a strong carcinogen normally used to trigger breast cancer. [4]

An even more interesting 2001 study done on rats by the same researchers found that an iodine-rich solution made from a combination of seaweed and water suppressed carcinogenesis (the development of cancer) in rats, and in test tubes it induced apoptosis (programmed cell death) more efficiently than the chemotherapy drug fluorouracil. [5]

A more recent 2013 study performed by Malaysian scientists found that seaweed was more effective than Tamoxifen in suppressing tumor growth, with little to no toxicity. [6]

It isn’t just the thyroid and breasts that need iodine, however.  Other tissues that absorb and use large amounts of iodine include salivary glands, pancreas, cerebrospinal fluid, skin, stomach, brain and thymus.

Seaweed To The Rescue

What are the best kinds of SAFE seaweed to consume if you want to prevent breast cancer?

Dietary seaweed provides 25 times more dietary iodine than is found in the standard diet. The best source of iodine in seaweed, according to the research I have read, are from brown and red seaweeds such as dulse, kelp, hijiki, sagassum, gracillaia, and Irish moss. Nori is okay – it’s certainly well known, but it does not contain that much iodine. There’s another factor to consider as well – since Fukushima, finding a safe source of seaweed is more difficult. Scientists are discovering that though the highest concentrations of radiation are being found higher up the food chain (in fish, shrimp, prawns, lobsters etc) trace amounts of polonium and other radioactive elements have been detected in Pacific Ocean seaweeds as well.

I have found a company that has USDA certified organic seaweed products available. Family-owned and operated, the seaweed is grown in a protected region off the coast of South Korea.  Here’s a link to their product on Amazon.

What about Iodized Salt?

Why not iodized salt?  It would initially seem this might be an easier (and possibly more palatable) source of iodine.  The problem is that common table salt is actually toxic and bad for your health!  See my article The Salt That Can Improve Your Health for more information.

The recommended daily dose for iodine has traditionally been 150 micrograms for adults but it should be noted that this was the dose responsible for decreasing the incidence of goiter.  Researchers are now finding that much higher dosages are required and 12.5 milligrams per day has been well tolerated and considered to be a therapeutic dose. For a more involved discussion on types of iodine and how to get a therapeutic dose, see my article How Much Iodine to Take.

Dr Schor taught me way back in 1997 when my mother was seeing him for her breast cancer that selenium is also an important nutrient for those with breast cancer.  Selenium deficiency is also considered to be a link between hypothyroid conditions and breast cancer.  The thyroid gland contains more selenium by weight than any other organ in the body.  Recent studies confirm that the lower a person’s selenium levels are, the greater their risk of cancer.

Selenium is a known protective mineral against breast cancer, it alters the genes to make the body less susceptible to getting cancer. [7]

Importantly, selenium also seems to inhibit the formation of cancer stem cells. [9], [10] And selenium has been shown to inhibit estrogen receptor alpha (ER-a) signaling in ER+/PR+ breast cancer cells [11], [12]. ER-a is associated with promotion of proliferation of breast cells.

My favorite selenium supplement lately is this one from Source Naturals (it’s incredibly cheap insurance!).

All links to Amazon are affiliate links. I appreciate very much your support as buying from these links helps me to offset the costs of having this website out there in the world for the benefit of all.

[8] Methylseleninic acid is a novel suppressor of aromatase expression — https://www.ncbi.nlm.nih.gov/pubmed/22128327

[9] The Regulation of Pathways of Inflammation and Resolution in Immune Cells and Cancer Stem Cells by Selenium – https://www.ncbi.nlm.nih.gov/pubmed/29054417

If you would like my help with getting through breast cancer in an inspiring and ultra-healthy way, please sign up for my free e-newsletters and e-books on the right, and/or “like” me on Facebook (Marnie Clark Breast Health Coach).  It is my honor and my goal to help you through this so that you emerge from breast cancer feeling better than before, thriving!