We MUST Avoid Genetically Modified Organisms 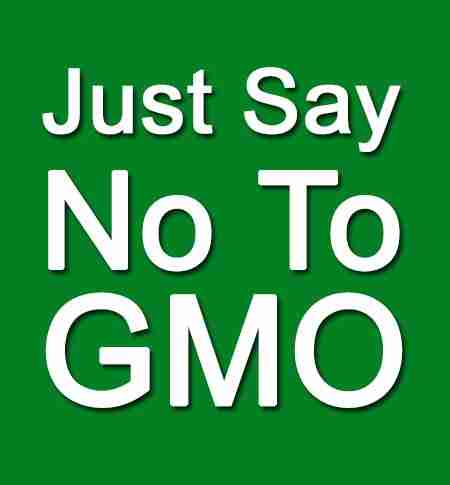 We MUST Avoid Genetically Modified Organisms

You would have to be a hermit living in a cave not to be aware of the fact that our food has changed drastically. In any given household you can find at least one thing in the food pantry that previous generations would not have considered to even be food.

Between food additives, contamination by toxic chemicals, and major corporations creating so-called food in a lab using ingredients never intended by nature, our food now contributes to anything but good health.

Due mainly to proactive souls on the Internet and social media, there is a ground-swell of people who are educating themselves about food quality and excellent nutrition. Shoppers the world over are now spending record amounts on organic food and that’s a really good thing.

What Are Genetically Modified Foods?

Genetically modified organisms are created in a laboratory by taking the genes/genetic information from one plant or organism and forcing it into another mainly for purposes of stronger crops, resistance to insects, and weeds. This process is quite distinct and different from the time-honored tradition of cross breeding which farmers have used for centuries to produce better crops.

In order to fully understand GMOs, I will need to provide you with a brief discussion of herbicides and pesticides because they typically work in unison.

GMO crops, pesticides and herbicides are almost always used together and the problem with this is that it creates a potentially disastrous situation for biological functions in all walks of life.

Pesticides are combinations of toxic chemicals which are sprayed onto plants as they grow to attract, kill and/or render useless the insects which would normally feed on that crop. The crops tolerant to pesticides have the genes of particular bacteria forced into the plant and this turns them into bug killers. When an insect attempts to eat the GMO plant, the toxic genes contained in the plant create holes in the insect’s stomach, which eventually kills it. Many of the chemicals utilized are listed as carcinogens by the World Health Organization (WHO).

Herbicides are toxic chemicals used to kill unwanted plants like weeds. The crops tolerant to herbicides, the most popular of which is Roundup Ready, are engineered with genes from bacteria, pieces of virus and other things that aren’t naturally found in plant crops. This is done so that they are able to tolerate large amounts of herbicide that would ordinarily kill it. This is supposed to make weeding easier because farmers are then able to spray their entire field with herbicide to kill the weeds but not the crops. Over 80 percent of the world’s GMO crops are engineered for tolerance to herbicides. The most used herbicide worldwide, glyphosate, was recently upgraded to Group 2B carcinogen status by the WHO.

The Health Ramifications of GMOs Are Grim

To further complicate matters for our health, glyphosate was patented originally to be used as a mineral chelator (chelate means to grab and bond to) so what happens is that when this chemical is sprayed onto crops, not only does it poison the soil and the crop, it also blocks our ability to utilize vital, plant-based minerals like magnesium, manganese, selenium, and calcium. We now know that mineral deficiencies have been linked to many cancers and a whole host of other diseases.

The problems don’t end there. According to the Institute for Responsible Technology, “Genes inserted into GM soy, for example, can transfer into the DNA of bacteria living inside us, and the toxic insecticide produced by GM corn was found in the blood of pregnant women and their unborn fetuses.”

GMO crops and the herbicides associated with them also harm birds, insects, amphibians, marine life, and natural organisms found in the earth. Again quoting the Institute for Responsible Technology, “… GM crops are eliminating habitat for monarch butterflies, whose populations are down 50% in the US. Roundup herbicide has been shown to cause birth defects in amphibians, embryonic deaths and endocrine disruptions, and organ damage in animals even at very low doses. GM canola has been found growing wild in North Dakota and California, threatening to pass on its herbicide tolerant genes on to weeds.”

GMO crops have created yet another problem – they are directly responsible for the emergence of weeds and insects that are adjusting to these chemicals and becoming resistant to them so that even more toxic poisons are being required to kill them. It is known that between 1996 and 2008, US farmers had to spray an extra 383,000,000 pounds of herbicide on GMO crops because of the “super weeds” that were emerging.

To contend with this problem, chemicals such as 2,4-dichlorophenoxyacetic (aka 2,4-D) are being used, which is one of the ingredients in Agent Orange, a chemical defoliant used during the Vietnam War. And we all know what happened to soldiers and civilians who came into contact with Agent Orange – they had a hugely increased risk for cancers such as soft tissue sarcoma, prostate cancer, Hodgkin and non-Hodgkin lymphoma, lung cancer, respiratory diseases and many other forms of cancer and weird diseases.

Our government agencies are not protecting us, so – ONCE AGAIN – it’s up to us to be proactive and protect ourselves.

We absolutely must avoid GMOs if we are to heal from cancer and stay healthy. We do this buy NOT purchasing them, by refusing them. Let your pocketbook do the talking because money talks, we all know this.

The 10 Crops That Are Most Often GMO

These are the genetically modified crops on the market in the USA (updated August 31, 2018) :

In Australia, only canola and cotton are GM. No genetically modified crops are commercially grown in New Zealand. In both Australia and New Zealand, however, the ingredient listing on imported foods must be closely inspected to ascertain whether GM crops have been used. In Canada, there are four GM crops grown: canola, soy, corn and sugar beet.  In the UK and throughout the European Union, GM crops are banned (to my knowledge and best efforts to find this information). Foods imported into the UK containing GMs must be so labeled.

How To Shop for Safe Foods

1. Choose organic produce whenever you possibly can. In the USA, organic certification by the United States Department of Agriculture (USDA) means that the farm and its produce is free from prohibited chemicals, it must undergo periodic inspections, and it adheres to specific requirements for the produce grown, the environment around the farm, and other health practices.

2. The Institute for Responsible Technology has a useful non-GMO shopping guide available.

3. Download an app for your smart phone for use when you are shopping. The Buycott app uses the camera in your phone to allow you to scan barcodes and provides you with quick information about whether or not the item is GMO! How brilliant is that?

4. If you are in the USA, join the Institute for Responsible Technology’s Non-GMO Tipping Point Network.  According to Jeffrey Smith of the IRT, “We need about 5% of US shoppers – 15 million people or 5.6 million households – to choose healthier non-GMO brands in order to generate a non-GMO tipping point. It’s just a matter of reaching enough people. That’s what our educational tools and talking points are designed to do.”

One last bit of information for you. Thanks to the Environmental Working Group, we have the 2018 list of the 50 fruits and vegetables tested by the USDA that do have pesticide residue, and they are listed from the most residue to the least. If you must buy conventionally grown produce, concentrate on the items at the bottom of the list. The first dozen or so (termed the “dirty dozen”) really must be organically grown if you are to avoid certain chemical exposure.