The Healing Power of The Kiss 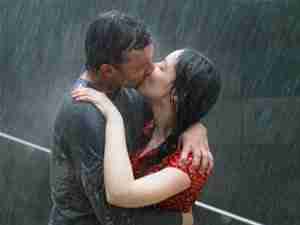 The Healing Power of the Kiss

I came across an interesting statistic today that fired up my imagination: I read that a kiss stimulates 34 muscles and lots of hormones and chemicals known as neurotransmitters.

So I decided to investigate.  According to researcher Dr Andrew Scholey (wouldn’t you love to be a kiss researcher?  what fun!) senior lecturer in psychology at Northumbria University, the reason kissing feels so nice is because of the disproportionately large area of the brain dedicated to lip and tongue movements. He stated that “Only finger or hand movements occupy as much brain space.”

Apparently, a multitude of changes is going on in our bodies when we kiss – here’s the breakdown.

The moment your lips meet is often described as electric, and apparently that’s exactly what it is.  Studies using electrodes on people’s lips during a kiss showed electric currents flowing along the nerves from the brain to all of the 34 facial muscles. Hence, those tingly sensations!

A Flood of Hormones and Neurotransmitters

Kissing stimulates the primitive part of the brain involved in automated functions (the four Fs: feeding, fighting, flight and, um, mating).  “As you kiss, signals received by nerve endings in the lips are sent to the limbic system, which releases hormones that tell the pituitary glands to produce gonadotrophin.  This hormone attaches itself to the ovaries, causing the release of estrogen and testosterone, which increase sexual excitement,” says Dr Scholey.

Another hormone released at this point is oxytocin (which is also secreted during breastfeeding and orgasm, and promotes caring feelings towards your partner or baby – sometimes referred to as the “bonding” hormone).

Your growing excitement causes a rise in the hormones adrenaline and noradrenaline and adrenaline causes blood to switch from the stomach to the limbs, ready for fight or flight and turning off digestion.  As your heart rate increases, blood rushes to the surface, making your body warmer and creating a rosy glow!  It also causes your whole body to receive more oxygen than it does when you’re just standing around.  At rest, your heart beats about 60 to 80 times a minute, but mid-kiss this accelerates to over 100 (unless of course you’re kissing your mother…).

As adrenaline increases, levels of the feel-good chemical serotonin fall – this keeps you focused and less likely to want to break off to go feed the cat.  As serotonin drops, so do your inhibitions, making you more impulsive.

Once your kiss reaches its peak, your body is working overtime – it makes you feel nice by releasing the neurotransmitter dopamine into the brain, which intensifies your desire.

That light-headed feeling is from the release of endorphins, the brain’s natural opium-like substances.  Endorphins produce the euphoria most people feel during a good kiss – they make us go all gooey.  Do you ever wonder why you feel better after a long run, a good laugh or a great kiss? It comes from a release of endorphins.

So – wow!  More oxygen (always a good thing), dopamine and endorphins that make you feel good.  I think we should incorporate kissing into our healing plan – what do you think, girls?

If you’d like to stay connected, sign up for my free e-newsletters on the right, or “like” me on Facebook (MarnieClark.com) and I’ll do my utmost to keep you informed and empowered on your healing journey.