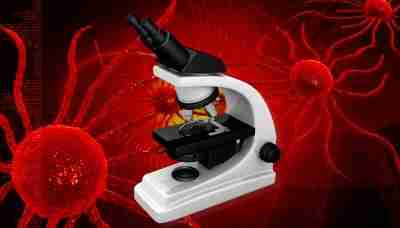 Photo courtesy of freedigitalphotos.net and jscreationzs

I’ve been reading a lot lately about a new class of drugs called PARP inhibitors, particularly from the City of Hope, one of the cancer centers I like to follow because they are doing such interesting research on treatments for cancer, both pharmaceutical and natural.

PARP Inhibitors – What They Are

Here is the whole skinny (well, at least what I was able to find and make sense of) on PARP Inhibitors.

PARP stands for “poly (ADP-ribose) polymerase”.  PARP is an enzyme that researchers say is over-expressed in a variety of cancers, and its expression has been associated with overall prognosis in cancer, especially breast cancer.

PARP is important for repairing single-strand breaks in DNA, termed “nicks”.  If the nicks in the DNA are not repaired, then when the cells divide and replicate themselves the new cells can cause double-strand breaks to form.

Drugs which inhibit PARP1 cause multiple double-strand breaks to form.  The reason that this is a good thing is because in tumors with BRCA1, BRCA2 or PALB2 mutations, the double-strand breaks cannot be efficiently repaired and that leads to the death of those cells.  Research is showing that cancer cells that are low in oxygen (which is the case in fast growing tumors) are sensitive to PARP inhibitors.

I wondered what that meant for normal cells – how they would be affected.  The research shows, however, that normal cells (which don’t duplicate their DNA as often as cancer cells) still have repair mechanisms operating and that allows them to survive the PARP inhibition.

Dr George Somlo, a researcher at the City of Hope in Duarte, CA, felt that this new class of drugs showed a lot of promise “because the drugs seem to be a little easier on healthy tissue, which helps reduce side effects, and they may make chemotherapy more effective“.