Need A New Breast? Sure, Let Me Just Print One For You! 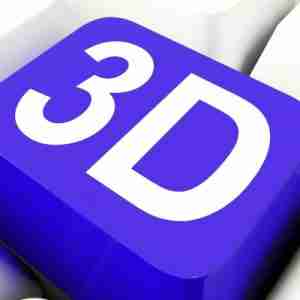 Last week I was listening to a news report about 3D printers and how scientists are working towards creating body parts using a new science called biofabrication.  A scientist was holding up a model of a woman’s breast and they were describing how this new science worked.

This is the next frontier – 3D printing, a very exciting technology with so much potential.  For breast cancer patients, the hope is that within the next 3 years, science will be able to create a new breast from a patient’s own cells.

Imagine this,  no more rearranging the muscles from our bodies – muscles that we need and want – to rebuild our breasts, and no more silicone implants!  Personally – speaking as a bodyworker – I feel that when they use muscles to rebuild a breast, it creates all sorts of imbalances in the body, I know that has certainly been the case for me.  Using this new biofabrication technology, your new breast will be made using your own cells!

How The Process Works

As far as I understand it, rather than using rearranged muscles or a silicone implant, an MRI or a laser scan of the patient’s healthy breast would be used to design what is called a breast scaffold.  You can see what the scaffold might look like in this article from the Brisbane Times.

The tissue is created by using modified printer cartridges and cells extracted from the patient, either from biopsies or stem cells.  Then the tissue is grown using already existing techniques – it is cultured in a growth medium and allowed to multiply.  Once the required amount of cells have grown, they are collected and formed into the desired shape and loaded into a cartridge to create what is called BioInk.  The BioInk is loaded into a bioprinter along with a cartridge of hydrogel, which is a water-based matrix used as scaffolding for creating layers of cells.  The printer prints a layer of the hydrogel, followed by a layer of BioInk cells, and so on. The layered calls naturally fuse together to create a scaffold.

Check out this quick YouTube video created by UMC Utrecht (one of the universities mentioned below) that shows how the process can be used to create osteochondral material in bone.  This will give you a better idea of how it works.

Just think – some of your healthy cells could be harvested, grown in a dish, the scaffold created, and in one single operation, your surgeon would implant the scaffold into your body, and *voila* you have a new breast.  From what I understand, in 2-3 years, the original scaffold will have degraded and disappeared.

This technology is already moving along at a rapid pace – I read about a 2-year-old child in the USA who was born without a trachea and received one built with her own stem cells, this occurred last year (see link to story below).

Of course, there are ethical concerns that this kind of technology will allow us to “play God” as never before, which makes a lot of people very uncomfortable.  There has already been an exposé on 60 Minutes about guns that have been created using 3D printers.  That one really made me nervous.  It will need to be well-regulated, no doubt.  But the applications for biofabrication are seemingly endless – new breasts, new bones, organ transplants.  18 people in the USA die every day while waiting in vain for transplants.  We could save some lives in a big way.  And get new breasts, with our own cells.  🙂

UK Telegraph: The Next Step: 3D Printing The Human Body

CNN: Toddler Gets New Windpipe From Her Own Stem Cells

CNN: The Next Frontier in 3-D Printing: Human Organs