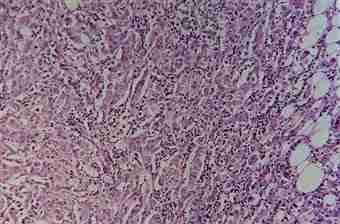 After watching my mother and grandmother go through breast cancer, reading more than 80 books and countless research articles on the subject and then going through it myself, I have long felt that breast cancer is caused by more than one thing.

So I was really interested to read a recent article in the Huffington Post entitled “Breast Cancer is 10 Different Diseases Landmark Study Finds“.

The study examined variations in DNA in nearly 2,000 breast tumors in what was the largest such study of breast cancer tissue in the world, the culmination of decades of work.

The Familiar 4 Subgroups of Breast Cancer

The researchers decided that the term “breast cancer” should be an umbrella term for what appeared to them to be at least 10 quite different diseases.  Up until now, breast cancer had been classified into four subgroups:

The Huffington Post article was rather disappointing to me because it did not list the other 6 new subgroups, leading me to search further afield.

Britain’s Daily Mail had the article as well and I got a few more tidbits of information:

The Daily Mail article said “The ‘exquisitely detailed’ analysis also revealed several new genes that drive the growth and spread of the disease. This opens the door for the development of drugs that counter their effects. Knowledge of the genetics of each type of the disease will also speed the development of drugs, allowing women to have treatments tailored to their tumor. A handful of such ‘wonder-drugs’, including Herceptin, are already in use.”

Still no mention of the other 6 subgroups.

I spent a few hours reading articles and finally found the very best one that described the 10 clusters or subgroups of breast cancer.  Click here to read this terrific article, written by Henry Scowcroft of scienceblog.cancerresearchuk.org. It’s a long one, but worth reading.  Scroll down the page to the paragraph titled “The ten clusters”. There’s no point in my describing the other 6 subgroups of breast cancer when he’s done such a beautiful job of it.

I loved the fact that the researchers were making it a priority to focus on the links between the immune system and cancer, something I’ve felt for a long time should be a primary focus when treating breast cancer.

I would also like to see research being done relating to how stress plays a part in the development of breast cancer.  Nearly every single survivor I’ve spoken to has admitted to me that stress was a huge factor in their lives leading up to the discovery of their breast cancer.  It was the same for me.

So – we’ll have to wait awhile for the results of this study and it won’t help the women going through breast cancer right now, but certainly future generations will reap the benefits.

One other question comes to mind – while I’m grateful to Britain’s researchers for doing this kind of work I do wonder why it’s so frequently British and Australian researchers that are making great strides in breast cancer.  What the heck is going on in American research labs?

Increasing the resolution on breast cancer – the METABRIC study