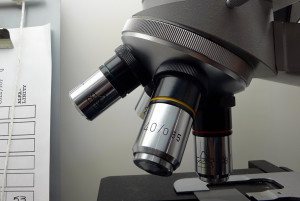 My last article on Coenzyme Q10 was written in 2012, and at the time there was little definitive research available to say that it had great benefits for breast cancer, simply that we knew it had cardio-protective qualities for someone undergoing chemotherapy and it was of benefit to the immune system.  See my article Coenzyme Q10 – Beneficial For Breast Cancer Or Not?

Having decided it was time to see if more research – something more definitive – had been carried out, I spent the day looking into the subject and I have indeed found some interesting new research for you.

How Coenzyme Q10 Works In The Body

The National Cancer Institute described it beautifully on their website: “A coenzyme helps an enzyme do its job. An enzyme is a protein that speeds up the rate at which natural chemical reactions take place in cells of the body. The body’s cells use CoQ10 to make energy needed for the cells to grow and stay healthy. The body also uses CoQ10 as an antioxidant. An antioxidant is a substance that protects cells from chemicals called free radicals.  Free radicals can damage DNA (deoxyribonucleic acid). Genes, which are pieces of DNA, tell the cells how to work in the body and when to grow and divide. Damage to DNA has been linked to some kinds of cancer. By protecting cells against free radicals, antioxidants help protect the body against cancer.“1

A January 2014 study appearing in the journal Nutritional Neuroscience titled Coenzyme Q10 supplementation ameliorates inflammatory markers in patients with multiple sclerosis: a double blind, placebo, controlled randomized clinical trial by Sanoobar M, Eghtesadi S, Azimi A, Khalili M, Khodadadi B, Jazayeri S, Gohari MR, Aryaeian N, indicated that Coenzyme Q10 significantly decreased inflammatory markers in patients with multiple sclerosis. 3   I included this study because of the fact that breast cancer is an inflammatory process in the body and anything that can reduce the amount of inflammation in the body is extremely beneficial, not only for breast cancer but for many other diseases as well.

This information isn’t new, but it has just recently come into my hands via an old book I was rereading and I thought you might fight interesting.  The book is “Antioxidants Against Cancer” by Ralph Moss and this is an excerpt:  “In late 1993, Dr. Folkers arranged for the first clinical trial of CoQ10 at a clinic in Copenhagen, Denmark. Doctors treated 32 patients with advanced, ‘high risk’ breast cancer. In addition to appropriate surgery and conventional treatment, each patient was given 90 mg of CoQ10 per day. They also received other vitamins, minerals, antioxidants, and essential fatty acids. On this regimen, 6 of the 32 patients showed partial tumor regressions, significant in ‘advanced’ patients. Then in October 1993, a strange thing happened: one of these six women, on her own, increased her dosage from 90 to 390 mg per day. By the next month, her doctors wrote, ‘the tumor was no longer palpable’ and in the following month, a mammogram confirmed the disappearance of her tumor. After that, another woman in the group also increased her dose, this time to 300 mg. Her tumor also soon disappeared and a clinical examination revealed no evidence of the prior residual tumor, nor of distant metastases.”

The other vitamins, minerals and antioxidants that the patients were taking in the above study were:

I hope that researchers will continue their studies on  Coenzyme Q10, because it shows some very promising benefits for breast and other cancers.