Coenzyme Q10 – Beneficial for Breast Cancer or Not? 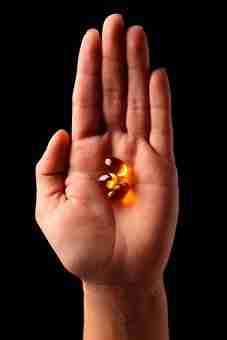 Is Coenzyme Q10 Beneficial for Breast Cancer or Not?

Back in 1996 when my mother was going through breast cancer that had moved into her bones, I encouraged her to see a naturopath.  I knew that she needed additional nutritional support – my father had just passed away and I knew she wasn’t eating as well as she could be.

The naturopath made a big list of vitamins she should take, among them was Coenzyme Q10 (CoQ10).  Though I had been studying naturopathy myself at the time, I hadn’t learned about CoQ10 yet.

He said that preliminary studies had indicated CoQ10 had cardioprotective properties for breast cancer patients and that it helped the immune system.  His concern for my mother was that CoQ10 helped to protect the hearts of study animals that were given the anticancer drug doxorubicin (Adriamycin) which can cause damage to the heart muscle.  It turned out that she was given another chemotherapy drug, but that’s another topic for another day.

What Exactly is CoQ10?

CoQ10 is a compound that is made naturally in the body, however it has been found to be lacking in those whose immune function is under attack, typically cancer patients and HIV/AIDS patients, and also the elderly because as we age, our bodies appear to make less CoQ10.

A coenzyme helps an enzyme do its job. An enzyme is a protein that speeds up the rate at which natural chemical reactions take place in cells of the body.  The body’s cells use CoQ10 to make energy needed for the cells to grow and stay healthy. The body also uses CoQ10 as an antioxidant.  An antioxidant is a substance that protects cells from chemicals called free radicals.  Free radicals can damage DNA.  I apologize if I got too basic there, but I wanted everyone to understand the importance of this nutrient.

I was interested and wondered since CoQ10 occurs naturally in the body, what is the supplement made from?  Further research found that it is made using fermentation with special strains of yeast.

Does It Actually Work?

The problem is the studies have thus far been too small to show definitive answers.  Animal studies found that CoQ10 boosts the immune system and helps the body fight certain infections and types of cancer, however, there have been no well-designed clinical trials involving large numbers of patients to study the use of CoQ10 in cancer treatment.

There have been some clinical trials with small numbers of people, but the way the studies were done and the amount of information reported made it unclear whether benefits were caused by CoQ10 or by something else.

The Studies on CoQ10 and Cardioprotection

Recent studies on CoQ10’s cardioprotective properties during administration of the chemo drug doxorubicin (Adriamycin) have been conflicting, which surprised the heck out of me.

One very recent study (April 2012) concluded that although CoQ10 does not alter the ability of doxorubicin to prevent the growth of cancer cells (good news), further studies would be “reassuring before a large-scale clinical testing of CoQ10 [could be recommended] as a cardioprotective drug” (Lack of Effect of Coenzyme Q10 on Doxorubicin Cytotoxicity in Breast Cancer Cell Cultures, Greenlee H, Shaw J, Lau YK, Naini A, Maurer M, Columbia University, New York, NY, USA).

Despite the lack of scientific studies and actual PROOF positive that CoQ10 can be of assistance to cancer patients (and why would “big pharma” spend the money on such studies when CoQ10 is easily obtainable from any health food store), what we DO know about CoQ10 makes me a believer that it should be included in our daily arsenal against disease and most natural therapists I’ve consulted agree.

The good benefits of CoQ10 (the things we do know) are:

I take CoQ10 daily for my health regimen and I feel good about doing so (despite the lack of scientific research!).  I know it’s working and doing its job.  If you need a good, reputable source for CoQ10, contact me.