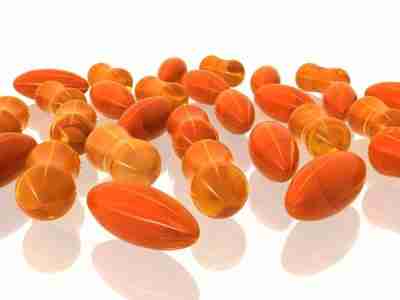 Further to my May 2014 article “How Coenzyme Q10 Benefits Breast Cancer”, I notice that I forgot to include the discussion about which form of Coenzyme Q10 (CoQ10) is better to take – the old ubiquinone  vs ubiquinol argument.  My bad, I’m sorry.  I got so excited about the new research on this supplement,  I neglected this important bit of information.

CoQ10 has been a real topic of discussion this week, for some reason, so this seemed like a good time to share the information I neglected last time.

How CoQ10 Exists In the Body

CoQ10 exists in two separate forms in the human body, as ubiquinone (the oxidized form), or ubiquinol (the reduced form).  Ubiquinone, when used by the body, transforms to become ubiquinol.  Likewise, ubiquinol can convert to ubiquinone.

So does it matter which form we take?  Yes it does.  Read on.

A Brief Explanation Of How CoQ10 Works In The Body

In my previous article (link in first paragraph) I shared what a coenzyme is and how it works in the body.  CoQ10 is used by every cell of the body, being involved with the production of cellular energy within the mitochondria of each cell.  CoQ10 is found in higher concentrations in the heart, brain and kidneys.

As we age, however, our bodies find it much more challenging to convert ubiquinone to ubiquinol.  If you are older than about 25, you are much better off taking ubiquinol. More on that later.

CoQ10 is very important for many different facets of health, and I listed a few of the benefits in my last article, but here are the best 8 reasons to supplement with CoQ10 (in the form of ubiquinol) if you have or are recovering from breast cancer:

1.  CoQ10 helps produce more energy for cells (meaning more energy for you);
2.  CoQ10 helps to slow down the aging process;
3.  Ubiquinol acts as a strong antioxidant;
4.  Low levels of CoQ10 have been reported in patients with malignancies 1;
5.  CoQ10 enhances the anti-tumor properties of certain chemotherapy drugs and has cardio-protective effects 2;
6.  CoQ10 decreases inflammation in the body (and cancer is an inflammatory process) 3;
7.  In animal studies done in the 1970s, CoQ10 acted to stimulate the immune system, increased antibody levels, and increased macrophages and T-cells 4;
8.  In human studies, CoQ10 increased the CD4 to CD8 T-cell ratio.  CD4 and CD8 are proteins found on the surface of T-cells (part of the immune system), these proteins assist in identifying helper T-cells and cytotoxic T-cells.  Also, CD4 and CD8 are found to be depleted in cancer patients. 5

While the body can convert ubiquinol to ubiquinone and vice versa, as mentioned above, our bodies are less able to do this conversion as we age.  Scientific studies show that ubiquinol is absorbed up to 8 times greater than ubiquinone.  That’s pretty significant.  Also, increased levels of ubiquinol remain in the blood for much longer than ubiquinone.  In animal studies measuring exercise fatigue in mice, ubiquinol was found to be 90% more effective than ubiquinone. 6

One of the problems with purchasing CoQ10 is that often the bottle does not tell you which form you are buying – ubiquinone or ubiquinol.  The price will inform you – it is usually ubiquinone if it is cheaper.  Ubiquinol is not ruinously expensive however.  I do have two brands that I recommend far more frequently than others, due to their quality.  Use this link for Jarrow Formulas.  Use this link for Life Extension.

Please do not rely upon coenzyme Q10 alone for management of cancer.  See your health care practitioner and include it as one part of a serious anti-cancer regimen.

1.  Activities of vitamin Q10 in animal models and a serious deficiency in patients with cancer – http://www.ncbi.nlm.nih.gov/pubmed/9177262

4.  Coenzymes Q: stimulants of the phagocytic activity in rats and immune response in mice – http://www.ncbi.nlm.nih.gov/pubmed/5478631