Do Radiation Treatments Increase Your Risk For Pericarditis? 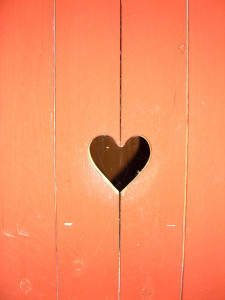 I was contacted this week by one of my Facebook fans, a lady who is 44, normally in good health, but currently undergoing radiation treatments for breast cancer.  She told me that she began suffering (in her words) the worst chest pain, thought she was having a heart attack, so she went to the hospital ER and was diagnosed with pericarditis.

When the pericardium gets inflamed, it can be pretty uncomfortable, bordering on agonizing (especially when taking a deep breath).  According to uptodate.com, Some of the causes of pericarditis can be drugs and toxins, infection, trauma, kidney failure, cancerous tumors, rheumatic diseases such as lupus, gastrointestinal diseases such as Crohn’s, and yes, you guessed it, radiation therapy.

While this lady’s cardiologist believes the pericarditis could very well be caused by her radiation therapy, her radiation oncologist said “No way, you haven’t had enough treatments for that to happen.”  She had undergone 11 treatments when the chest pain began.

So now she doesn’t know what to do, or who to believe.  She doesn’t want to resume the radiotherapy, believing it could be creating the pericarditis.  Can’t say I blame her.  Time to go into research mode.

I found a very interesting article written by Ralph W Moss, PhD, “Radiation Therapy for Breast Cancer“.  In his article, Dr Moss (who wrote the book “Cancer Therapy”, among others) mentions a study published in the March 7, 2007 Journal of the National Cancer Institute (JNCI) which revealed that radiation increases the risk of heart disease in women who receive it following surgery for breast cancer.  Dr Moss states “The JNCI study is unquestionably a major blow to the orthodox medical profession’s insistent claims that radiation has evolved into a safe modality for the post-operative treatment of breast cancer.”

Dr Moss goes on to state, “In the JNCI study, researchers at the Netherlands Cancer Institute in Amsterdam evaluated 4,414 breast cancer patients who survived for at least ten years after receiving radiotherapy between the years 1970 and 1986. The patients were followed for a median of 18 years. These patients’ rates of cardiovascular disease were then compared with those seen in the general population (Hooning 2007). In other words, this was a very large and prolonged study.  There were a total of 942 ‘cardiovascular events’ during the follow-up period.  The good news was that radiation therapy limited to the breast itself did not increase the risk of cardiovascular disease. However, when either the left or right internal mammary chain of lymph nodes was included in the radiation field, as is common in post-operative radiotherapy, it did significantly increase that risk.”

The fact that radiation of the breast increases the risk of heart disease is not a new finding.  Clear back in the 1960s, it became known that, after receiving adjuvant radiation to prevent breast cancer recurrence, quite a few women were dying of heart disease, often decades after their breast cancer diagnosis (Fajardo 2001).  Apparently, there were so many women dying from the long-term adverse effects of radiation therapy, it overturned any survival benefit that the treatment supposedly conferred.

When you consider the fact that some chemotherapy drugs (most notably Adriamycin and Herceptin) also increase the risk of cardiotoxicity, it is truly worrisome and each patient must carefully consider these facts before commencing therapies.

A Couple of Suggestions

I have two suggestions for this lady.  One would be to consider having prone breast radiation.  See my article Prone Breast Radiation, A Newer, Safer Way for more information.

Secondly (and particularly if continuing radiation therapy isn’t something she wants to do), contact an oncologist naturopath (you can locate one in your area by contacting the Oncology Association of Naturopathic Physicians (www.OncANP.org).

If you are not familiar with what a naturopath does, this description comes from the OncANP website: “Naturopathic Physicians diagnose, treat, and help prevent diseases using a system of practice that is based on the natural healing capacity of individuals. They may use physiological, psychological or mechanical methods. They may also use natural medicines, prescription or legend drugs, foods, herbs, or other natural remedies.”

I chose to work with a naturopath, among many other things, because after going through chemotherapy, I just felt like my body could not endure one more toxic therapy so rather than going forward with radiation therapy, I chose to rebuild my body using particular foods, herbs, supplements, exercise and meditation I knew I needed badly.  I was under the care of a naturopath, I had regular chiropractic adjustments  and acupuncture treatments (since we are electrical bodies and optimal functioning of nerves and muscles and bones do need regular tune-ups).  I also used very particular essential oils to help rebuild my immune system and increase breast health.  Check out my page “Essential Oils For Overall Health and Specific Health Problems” for more information about that.

If you would like my help with getting through breast cancer in an inspiring and ultra-healthy way, please sign up for my free e-newsletters and e-book on the right, or “like” me on Facebook (MarnieClark.com).  It is my honor and my goal to help you through this so that you emerge from breast cancer feeling better than before, thriving!