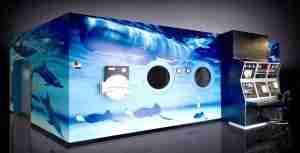 The usefulness of Hyperbaric Oxygen Therapy (HBOT) as it relates to breast cancer is today’s topic.

What Is Hyperbaric Oxygen Therapy?

Hyperbaric oxygen therapy (HBOT) involves the breathing of pure oxygen while you are in a sealed chamber designed to hold either a single person, or a group of up to 12, that has been pressurized at 1-1/2 to 3 times the normal atmospheric pressure.  At the end of the session, which can last from 30-120 minutes, technicians slowly depressurize the chamber.

HBOT is the best treatment for decompression sickness — known as “the bends” — a very painful and potentially lethal condition that hits deep sea divers who come to the surface too quickly.  HBOT also helps in cases of carbon monoxide poisoning, arterial gas embolism (bubbles of air in blood vessels), skin grafts and flaps that are not healing well with normal treatment, gas gangrene, soft tissue infections in which tissues are dying, crush injuries where there is not enough oxygen to the tissues, burns, delayed radiation injury, blockage of the retinal artery (blood vessel in the back of the eyeball), traumatic ischemia injuries like frostbite, and certain bone or brain infections.

You may recall that Michael Jackson was fond of sleeping in a hyperbaric oxygen chamber.

The Buzz Around Cancer Circles…

There has been a bit of a buzz about HBOT in cancer circles.  If you understand that cancer thrives in an anaerobic environment (meaning without oxygen) it only stands to reason that an oxygen-rich environment would stop or at least slow its growth.  According to the American Cancer Society, “There is no evidence that HBOT cures cancer.” However, read on…

The Research That Has Been Done On HBOT

As far as breast cancer is concerned, there is a 2011 study done [1] by researchers at the Department of Plastic, Reconstructive and Aesthetic Surgery, Maltepe University, Istanbul, Turkey, that revealed the use of HBOT following irradiation could be an effective tool to reduce the “capsule reaction of the implanted area and the tissue damage seen in radiodermatitis.”  The researchers postulated that since implant-based breast reconstruction has such a high rate of complications such as capsular contracture and poor aesthetic outcome due to adjuvant radiotherapy, HBOT could be of assistance.  They only worked with 15 rats over a period of 9 weeks, but they did find that HBOT following the radiotherapy did reduce tissue damage. It remains to be seen whether it would be helpful for human patients who have had breast reconstruction, but it looks promising.

It seems HBOT is also being used with extremely good results for returning war veterans.  I was distressed to learn that in 2012, we were losing an average of one soldier per day to suicide – more than to actual combat.  So many are returning with traumatic brain injuries (TBIs) and their symptoms include headaches, memory loss, balance problems, and cognitive difficulties that can severely impact their quality of life. And while mild TBIs self-heal, others result in chronic pain and HBOT has been helping veterans with TBIs. [2]

UPDATE: A 2016 study with 57 women with breast cancer who had  radiation-induced tissue toxicity  and were given Hyperbaric Oxygen Therapy  found the women had significant positive improvements. [3]  A 2017 study with one woman who had stage 4 triple negative breast cancer found that a combination of metabolically supported chemotherapy, a ketogenic diet, hyperthermia, and hyperbaric oxygen therapy (HBOT) for a period of 6 months completely healed her. [4] It would be difficult to say which of those therapies made the biggest difference but it is encouraging to see that HBOT is being considered as a therapeutic tool in this battle. Another animal trial reported in 2017 found that both triple negative and triple positive breast cancer tumors in mice responded in a similar fashion to HBOT. Researchers concluded that “Despite the fact that behavior and prognosis of the triple positive and negative subtypes of cancer are different, the HBOT had a similar suppressive effect on tumor growth, indicating that they share a common oxygen dependent anti-tumor mechanism. Furthermore, HBOT significantly reduced the number and area of metastatic lesions in the triple negative model as well as a significant reduction in the EMT markers N-cadherin, Axl and density of collagen type I. ” [5]

Anyone wanting to use HBOT for healing from breast cancer would be well-advised to pair it with treatments recommended by their medical practitioners, both conventional and alternative or complementary.

[1] Does hyperbaric oxygen administration before or after irradiation decrease side effects of irradiation on implant sites? – https://www.ncbi.nlm.nih.gov/pubmed/21301311

If you would like my help with getting through breast cancer in an inspiring and ultra-healthy way, please sign up for my free e-newsletters on the right, or “like” me on Facebook (Marnie Clark, Breast Health Coach).  It is my honor to help you through this.