What Hazelnuts, Yew Trees and Taxol® Have In Common 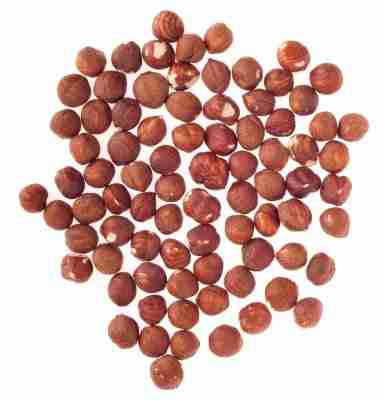 What Hazelnuts, Yew Trees and Taxol® Have In Common

I was recently thumbing through a very old issue of HerbalGram magazine when this headline caught my eye: “Paclitaxel (Taxol®) Found In Hazlenut Trees”.  The issue dates back to 2000 and I’m not sure why it was still lying around but I found the article interesting and wanted to share it with you for a couple of reasons.

Taxol® is the brand name for paclitaxel, the anti-cancer drug marketed by Bristol-Myers Squibb – it is one of the most prescribed chemotherapy drugs for breast cancer and ovarian cancer.  Taxol® is called a mitotic inhibitor because it interferes with cells during mitosis (cell division).

The interesting bit is that Taxol® is made from the needles of the Pacific yew tree (Taxus brevifolia) and this is one of the main sources of paclitaxel.

Back in 2000, researchers found ample quantities of paclitaxel in the nuts, shells, leaves, limbs and bark of the hazelnut tree, which is a flowering tree, quite distinct and different to the Pacific yew tree.  The researchers weren’t particularly looking for paclitaxel, they were trying to find ways to combat a blight that was attacking hazelnut trees when they discovered something that looked like and proved to be paclitaxel.

In a presentation to the American Chemical Society in San Francisco on March 29, 2000, Dr Angela Hoffman, OSB, PhD, announced that she had found quantities of paclitaxel in at least 12 species of hazelnut trees and at least 8 species of fungus associated with hazelnut trees.  She was rather excited about this because it was hoped that additional sources, and especially fungal sources, for Taxol® might make it less expensive for cancer patients.

So The Point Of All This…

The reason why I am sharing 15-year old information with you?  I was excited about the possibility that we could eat hazelnuts and avoid the toxicity of Taxol®.  As a breast cancer coach, I am always on the lookout for natural things that can provide us with anti-cancer benefits.

The researchers were quick to point out, however, that “No one should think that by eating hazelnuts they can avoid taking Taxol® treatments.”  They said that if someone were to eat hazelnuts all day, it would not equal one regular dose of Taxol®.  They also said that there was no evidence that eating hazelnuts regularly would prevent cancer.

No One Will Do THAT Research

But who would do this kind of research anyway?  If there’s no drug to be made and a kazillion dollars on the line, no one is going to do that research.  I think it is clear that nuts ARE a great natural source of vitamins, minerals, protein, fat, and fiber and we should be eating them frequently as part of a good healthy diet.

In Praise Of Hazelnuts

Hazelnuts are full of natural fats, minerals, antioxidants, vitamins and, in particular, beta-sitosterol, which is a natural plant sterol known to reduce cholesterol and is thought to exert protective properties against breast cancer.  And paclitaxel.  So despite the “lack of evidence”,  I believe that Mother Nature provided us with everything we need to stay well and healthy, and it certainly will not hurt us to consume them (unless of course one is allergic to them).

Taxanes from Shells and Leaves of Corylus avellana: http://www.ncbi.nlm.nih.gov/pubmed/18163585