The Problem With Obesity and Breast Cancer 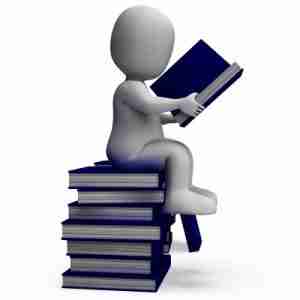 The Problem With Obesity and Breast Cancer

A study done by the University of Colorado Denver in December 2012, titled Obesity and Overfeeding Affecting Both Tumor and Systemic Metabolism Activates the Progesterone Receptor to Contribute to Postmenopausal Breast Cancer, was recently forwarded to me by a friend (since I both hail from Colorado and am a breast cancer coach) and several things in the study seemed worth sharing.

The researchers were searching for an explanation of why obese, postmenopausal women are at greater risk for developing breast cancer, and also why their cancers tend to be more aggressive than those in leaner women.  The study was done on animals, but did open some insights as to why this could be happening.

I found this interesting because it implies that menopausal women might very well be able to control their breast cancer risk through weight management, something we’ve often been told.

It also reminded me of another study I recently heard about where women who had received the traditional therapies for breast cancer were followed to see how they fared after those treatments.  They were split into 4 groups: (1) those who did nothing special after their treatments ended; (2) those who made the effort to eat 5 fruits and vegetables per day; (3) those who didn’t bother with the fruit and vegetables but who did exercise 30 minutes per day, 5 times per week; and (4) those who ate 5 fruits and vegetables per day AND exercised 30 minutes per day.  The group that fared much better than the other three, as you might imagine, was the 4th group, the group that ate the fruits and vegetables and exercised.  I don’t have access to the title of this study, but it is discussed by Dr David Servan-Schreiber in his video Natural Defenses In Preventing and Treating Cancer (see link below).

Back to the University of Colorado study.  The other interesting thing I read was that tumors from obese animals “exhibited increased levels of progesterone receptors, and that this receptor appeared to give tumors a metabolic advantage for growth.  To extend their findings to humans, they recruited gene analysis experts David Astling and Aik-Choon Tan who analyzed 585 human breast cancers and found that human tumors expressing the progesterone receptor had the same metabolic advantage.”

Dr Giles said, “Basically, we saw an abnormal metabolic response to fat and sugar in the obese that, in many ways, mirrors the response to fat and sugar in Type II diabetes.”  The researchers then tested the use of Metformin, a common Type II diabetes drug, with their test subjects and noted a dramatic decrease in tumor size, as well as reduced expression of the progesterone receptor.

This definitely piqued my interest because my own tumor had only progesterone receptors on it – no estrogen receptors – which is not the norm.  Because of this, many of my treatment providers, both conventional and alternative, were a little puzzled on how to proceed with my treatments.  I wasn’t obese, nor was I menopausal when I found my tumor, however.

1.  Tumors in obese women appear to have a metabolic advantage;

Dr Giles said “While drugs may be useful in controlling breast cancer risk in obese, postmenopausal women, our results imply that a combination of diet and exercise may be equally if not more beneficial.”   The study to which Dr Servan-Schreiber referred in his video (referenced above) certainly implied that to be the case.

So here’s what we can take away from these two studies:

1.  Women struggling with obesity as they enter menopause are at a higher risk of breast cancer;

2.   Those who are obese and do get breast cancer tend to have tumors that have a metabolic advantage, meaning they tend to grow more quickly and be more aggressive;

3.  A combination of good diet – incorporating plenty of fruits and vegetables – together with 30 minutes of exercise at least 5 times per week, had a very protective effect.

So it appears that the old adage is true – an ounce of prevention is worth a pound of cure.  We need to keep our weight at a healthy level, not only in our earlier years, but particularly as we enter menopause.   Those are not the only things that will protect us from breast cancer, but a combination of diet and exercise is a good start.  To find out which fruits and vegetables give you the best protection, visit my page Diet and Cancer.

If you would like to learn how to protect yourself and decrease  your risk of getting breast cancer,  please sign up for my free e-newsletters and e-books on the right, and/or “like” me on Facebook (MarnieClark.com).