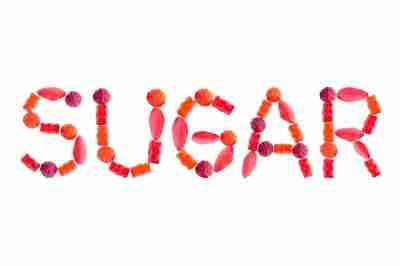 What do you suppose sugar, metabolic syndrome, diabetes and breast cancer have in common? They are all intertwined.  I have recently been reading quite a few studies which indicate that women with diabetes are at a higher risk for breast cancer.  There also exist some studies which show the opposite to be true – that postmenopausal women who develop breast cancer have a higher risk of also developing diabetes, as do women with BRCA1/2 gene mutations, and those who take tamoxifen. Clearly, the way we eat is creating huge problems for health in many ways and with this article I hope to draw attention to the problem and explain why it’s happening.  In my next article, I will make some recommendations on what we can do about it.

Those With Diabetes Have Increased Risk Of Breast Cancer

Researchers have also discovered that for people with pre-existing cases of diabetes who were also diagnosed with breast cancer, this unfortunate population had a 40 percent increased risk of death over those who did not have diabetes. 2

Those With Breast Cancer Have Increased Risk of Diabetes

One 2012 study indicated that taking tamoxifen, one of the most often prescribed hormonal treatments for breast cancer, was associated with an increased risk for diabetes. 4 Researchers stated that women taking tamoxifen had a  “significantly higher risk of diabetes” compared to those who did not take it.

There is an increased risk for developing diabetes among those with the BRCA1 and BRCA2 gene mutations as well.  A 2011 study reported that for those women who carried the BRCA1 and BRCA2 gene mutation and diagnosed with breast cancer, risk of developing diabetes doubled in the 15 year period after diagnosis, and if they had a high body mass index, this was associated with an even higher risk. 5

We Clearly Have A Problem

It is no secret that our society has a big problem with obesity and making bad food choices, which is creating problems for us such as insulin resistance, hyperinsulinemia, changes in hormone levels, type II diabetes and breast and other cancers.  However, it is not just obesity that puts a person at a higher risk for these problems. One 2015 study indicated that high insulin levels were being discovered in postmenopausal women who were not obese and that factor put them at a higher risk for breast cancer than for those who were obese but had normal insulin levels. 6

Experts say that it is the relationship of sugar to higher insulin levels and related growth factors that may be influencing cancer cell growth more than anything. Insulin receptors are plentiful on breast cancer cells 7, making them respond more than normal cells to the growth promotion properties of insulin.

The above studies make it clear that there is a correlation between high levels of insulin, diabetes and breast cancer and that if you have both breast cancer and high insulin levels or diabetes, your chances of survival to old age are reduced by as much as 40 percent. Take heart, though, there are  many things we can do about this.

The symptoms of metabolic syndrome are often very quiet and easily ignored.  People with metabolic syndrome may have a tendency to be somewhat overweight, especially around the belly.  Other tell-tale signs are (for women) ovarian cysts (metabolic syndrome is associated with polycystic ovarian syndrome) and irregular periods.  Men and women can both experience increased incidence of skin tags, benign growths on their skin that usually appear on the neck and back and in places where skin tends to stay moist such as under the breast and underarms. In addition, they can have a darker pigmentation or discoloration of the skin (called acanthosis nigricans) over the back of the neck and underarms.  People with metabolic syndrome also tend to have elevated blood pressure, elevated levels of triglycerides in their blood and lower levels of the good kind of cholesterol, HDL.

If you have been reading my posts, or indeed, any website dedicated to helping people get well after cancer, you will have read that cancer cells feed on sugar. All you need to do is Google the term “sugar feeds cancer” and you will get over 4 million results. The “sugar feeds cancer” rule, however, is only part of the story.  It’s still good advice to avoid sugar because it is implicated with inflammation and acidity for the body and it undermines the immune system, all of which are conditions in which cancer loves to thrive.  But it’s more complicated than that.

All cells, including cancer cells, depend on sugar being in the bloodstream for energy.  I’m going to share some basic anatomy and physiology with you, because if you understand what’s going on in your body, you can better understand why high blood sugar levels (and thus high insulin levels) are to be avoided.

All of the food we eat – the protein, the fiber, the fats, and the carbohydrates — gets broken down in the digestive process into smaller proteins, micronutrients and sugars (glucose). Our bodies use the nutrients to fuel cellular metabolism, rebuild cells that have been used up, and for immune function.

The body’s basic fuel is glucose, which is carried by the bloodstream and ushered into individual cells by the action of insulin, a hormone secreted by the beta cells of the pancreas in response to rising blood sugar levels.  Insulin attaches to and signals the cells of the body to absorb glucose from the bloodstream.  Even muscle and fat cells take up the glucose for use later.  Cells obtain energy immediately from the glucose or convert it to fat for long-term storage.

Our demand for fuel varies from moment to moment, but our brains require that our blood sugar levels be stable.  Insulin is responsible for getting the cells the energy they need without letting blood sugar levels dip too low.  The body monitors the sugar from what we have digested and what is in our blood, as well as what our cells are demanding, and a healthy body releases insulin in just the right amounts at just the right time.

So far so good?

The problem is that our metabolism evolved many eons ago when our diet consisted of more lean proteins and fats and many fewer carbohydrates. Our ancient ancestors went through periods of intermittent famine when food was scarce, and this is where the activity of insulin really shines. When plenty of food is available, insulin helps excess glucose be stored in fat and muscle cells, and during periods of famine when glucose levels are low, the body releases the glucose on an as-needed basis from fat and muscle.  These days, however, we do not suffer through periods of famine where food is scarce, so we tend to be overweight, have love handles, muffin tops etc and this is putting us at a higher risk for all kinds of problems.

When people eat too many carbohydrates and this continues over a long period of time, they may become increasingly resistant to insulin.  Cells that are resistant to insulin are slower to bring sugar in, resulting in high blood sugar levels.  That makes the body respond by creating even more insulin and our bodies were not designed for such prolonged periods of high levels of insulin.  This disrupts cellular metabolism, is implicated in many inflammatory conditions, and it undermines the immune system.  The insulin-making cells of the pancreas can’t keep up with the demand for more insulin and the body eventually transitions from being insulin resistant to a condition known as metabolic syndrome, which can (if not halted) progress to type II diabetes.

Metabolic syndrome, also known as Syndrome X, is the name given to a group of symptoms linked to insulin resistance. It is estimated that about 25 percent of the population in the USA (80 million people!) has at least three of the following symptoms:

Fortunately there are some things you can do about all of this and in my next article I will share what those things are.  See my article Healthy Strategies to Avoid Insulin Resistance, Metabolic Syndrome.

References:
1. The association between diabetes and breast cancer stage at diagnosis: a population-based study – http://www.ncbi.nlm.nih.gov/pubmed/25779100

2.  Association Between Metformin Therapy and Mortality After Breast Cancer – http://www.ncbi.nlm.nih.gov/pmc/articles/PMC3781496/

4. Association between tamoxifen treatment and diabetes: a population-based study – http://www.ncbi.nlm.nih.gov/pubmed/21935915

5. Diabetes and Breast Cancer Among Women With BRCA1 and BRCA2 Mutation – http://www.ncbi.nlm.nih.gov/pmc/articles/PMC3413077/