Herceptin and HER2 Positive Breast Cancer – Is It Effective – Part Two 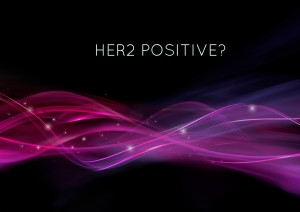 Herceptin and HER2 Positive Breast Cancer – Is It Effective – Part Two

In my February 2014 post I  referred to one study done in 2002 1 in which 114 women, all of whom had metastases to other parts of their bodies, were given only Herceptin to treat their HER2 positive breast cancer.  The researchers reported that seventeen (57%) out of thirty patients had an objective response (which means either a partial or complete response) and twenty-two (51%) out of forty-three patients had what was termed a clinical benefit, an informal term which generally means anything other than progression of disease.  These patients also did not experience progression of disease at the follow-up appointment scheduled 12 months later.  Loosely translated, this means that roughly fifty percent of women with metastatic, HER2 positive breast cancer, treated only with Herceptin, remained alive after twelve months.

An Update Of The HERA Trial

The other article I referenced which appeared on the National Cancer Institute website 2 in 2011 discussed the Herceptin Adjuvant (HERA) trial, run by the Breast International Group beginning in 2001.  At the time of reporting the HERA trial was not complete.  We now have the final results of the HERA trial which was carried out for 8 years.

After finishing surgery, chemotherapy and/or radiotherapy, 5102 women with HER2 positive breast cancer were randomly assigned to one of three groups.  In the first group 1703 patients received trastuzumab (Herceptin) every 3 weeks for 1 year, a second group of 1701 patients were treated with Herceptin for 2 years, and in the third group 1698 patients were merely observed and given no Herceptin.  After the initial results of the study were released in 2005 the observation group was offered the chance to be moved into one of the two groups receiving Herceptin.

One of the reasons the HERA trial was conducted was to decide how long Herceptin should be given to achieve the best, disease free survival.  In terms of percentages, 75.8% of women who took Herceptin for two years were still alive, and 76% of women who took Herceptin for one year were still alive.  So taking the drug for an additional year conferred no extra benefits.  As a result of this study, most oncologists recommend that Herceptin be taken for one year.

In my previous article about the efficacy of Herceptin I didn’t give a very glowing report and indeed, the statistics weren’t all that impressive, at least not to my eyes.

Unfortunately we don’t have any research indicating what a good healthy diet and specific supplements would do for women with HER2 positive breast cancer, no one will be funding THAT study.

In the meantime I have had some newer research put in front of me by an interested reader, which study was reported in the New England Journal of Medicine earlier this year. 3   This research study followed 406 node-negative (meaning cancer had not spread to their lymph nodes) women with stage 1, HER2 positive breast cancer. These women had tumors up to 3 cm in size and were treated with a combination of paclitaxel (Taxol) and Herceptin weekly for 12 weeks, followed by 9 months of Herceptin alone.  The 3 year survival rate was 98.7%, a much more impressive figure.

To see the full results of the trial, check out “Clinical practice-changing trials: the HERA study paradigm”4 below.  It’s a downloadable PDF file.  See especially Table 1 Efficacy Results Of The Herceptin Adjuvant Study With Different Follow-Up Times, page 3 of that document.  You can draw your own conclusions.

I’d like to insert a couple of things here, just a tiny word of precaution.  Take into account, please, that the research was supported by Genentech, the company that stands to gain the most by the research.  Also please note that in the 2015 research the women who took part in the study were considered stage 1, their tumors were small and the disease had not spread elsewhere in the body.  These are the women who have the best chance of survival anyway, their disease being caught early.

Another thing to consider is that both Taxol and Herceptin can be very hard on the heart.   Nine patients (true, a relatively small percentage, only 0.54%, but if you’re one of those women…) in the HERA trial who received Herceptin developed severe congestive heart failure.  Even the researchers in the 2015 study 3 stated “the decision to use trastuzumab and chemotherapy is influenced by the toxicity of the treatment regimen.”

This cardiotoxicity may or may not be reversible.  If you are considering going on this drug, it might be wise to consult a naturopath for correct dosages of cardio-protective supplements, such as CoQ10, garlic and grapeseed extract.

1.  Efficacy and safety of trastuzumab as a single agent in first-line treatment of HER2-overexpressing metastatic breast cancer – http://www.ncbi.nlm.nih.gov/pubmed/11821453

2.  Trastuzumab after Chemotherapy Is Effective in HER2-Positive Breast Cancer – http://www.cancer.gov/types/breast/research/trastuzumab-after-chemo