Wormwood (Artemesia annua) belongs to the Asteraceae or Compositae family, also known as the daisy family. Wormwood is an important herb with many health benefits. It has been utilized by herbal medicine doctors for centuries.

Wormwood contains a number of biologically active compounds like ascorbic acid, carotenoids, flavonoids, phenolic acids, tannins, sesquiterpenes and thujone, which give this herb so much of its healing potential. Its benefits include:

More specific to this discussion, wormwood contains a potent phytochemical known as artemisinin, which has been found to have potent activity against breast cancer.

The Research on Artemisinin

A 2017 Czech review of medical research [1] on the anticancer properties of artemisinin is lengthy but worth reading as it reviews the medical literature up to 2017. Among its discussions are the ability of artemisinin to produce free radicals which help to destroy a tumor, induction of apoptosis (cell death – absent in cancer cells), inhibition of angiogenesis (the ability of a developing tumor to create new blood vessels in order to feed itself), induce cell cycle arrest (slowing the rapid growth of a tumor), and induce ferroptosis (a type of programmed cell death dependent on iron). Also discussed were several studies where artemisinin was combined with other drugs to work synergistically against breast cancer cells. Additionally, this review discusses the fact that most of the research has been preliminary (cell studies and animal studies), but very few clinical trials with actual humans (be sure to read Table 1 for this information). So there’s that to be considered.

Early studies on artemisinin and lab animals have been very encouraging. One 2006 study [3] found that when artemisinin was included in the feed of rats who were administered a carcinogenic drug, it significantly delayed onset of breast tumors, and the tumors these rats did have were much smaller and fewer than in the controls.

In a 2008 cell study [4] using estrogen receptor position (ER+) and progesterone receptor positive (PR+) metastatic breast cancer cells, artemisinin was found to selectively decrease the function of estrogen receptor alpha (associated with promotion of rapid growth of breast cells) while leaving estrogen receptor beta (associated with opposing the rapid growth of breast cells) alone. In addition, when researchers treated this line of breast cancer cells with a combination of artemisinin and the antiestrogen drug fulvestrant (Faslodex), the combo resulted in a synergistic reduction of estrogen receptor alpha and enhanced cell cycle arrest – better than either substance on its own. Researchers stated “Our results show that artemisinin switches proliferative human breast cancer cells from expressing a high ERa:ERß ratio to a condition in which ERß predominates, which parallels the physiological state linked to antiproliferative events in normal mammary epithelium.” The information in that study I found exciting!

A 2009 animal study [5] found that artemisinin, when combined with transferrin (a protein that allows iron to be transported through the bloodstream), significantly slowed the growth rate of breast tumors in rats.

A 2011 animal study [6] found that artemisinin dimers (dimers are molecular complexes consisting of two identical molecules linked together) were “considerably more potent” than the artemisinin monomer in killing a highly metastatic line of breast cancer cells in rats.

A 2012 study [7] sought to discover the method by which artemisinin works – to understand what is actually happening at the genetic level. These researchers found that artemisinin downregulated (reduced) the expression of several key genes involved in the promotion of cancer cells which ultimately led to cell cycle arrest (a good thing in cancer cells).

Artemisinin has also been combined with Tamoxifen and estrogen in 2020 research [9] which investigated their effectiveness against prostate cancer and ER+ breast cancer. They used the estrogen-artemisinin hybrid with exceedingly good results against prostate cancer, and artemisinin plus sulfamate based estrogen analogues, which are a new class of potential medications against hormone-dependent cancers, with good results against the ER+ cancer cells.

In 2017, researchers released a study [10] wherein artemisinin was combined with chitosan magnetic nanoparticles to improve its delivery to breast cancer tumors in mice. They found that this method greatly enhanced the delivery and that it improved the anti-proliferative (to proliferate means to grow quickly) and anti-angiogenic (angiogenesis is the formation of new blood vessels – something a cancer tumor does to help feed itself) activities of artemisinin against cancer cells, resulting in very little toxicity to normal healthy cells.

A 2018 test tube study [13] looked at the role of artemisinin (using synthetic derivatives) with cancer-associated fibroblasts, cells that are normally abundant in connective tissue and play an important role in wound healing by secreting collagen. In cancerous tissue, fibroblasts are part of the tumor microenvironment and are involved in tumor growth and metastasis. This study found that artemisinin suppressed genetic signalling to suppress cancer-associated fibroblast activity.

As we know, one of the favored regions for breast cancer to spread is to the bones. A 2018 cell and animal study [14] investigated artemisinin’s role with osteoclasts, cells that are responsible for the resorption of bone. Bone is continually being remodelled by the action of osteoblasts – cells that build bone – and osteoclasts – cells that break down bone. It is desirable that osteoblast/osteoclast activity be balanced. In this study, researchers not only found that artemisinin inhibited rapid growth of breast cancer cells by activating apoptosis (planned cell death) pathways, but also inhibited the formation and differentiation of osteoclasts in several key ways. So it may be protective for bones, as well.

Scientists have also been using artmesinin together with nanoparticle technology to improve the delivery and cytotoxicity of substances like artmesinin directly to a tumor, without the need for taking high doses of herbs like wormwood, which could have possible side effects. [15]

From all of the studies I read, it appears that wormwood with its artemisinin content could be very beneficial for all forms of breast cancer – ER+, PR+, ER-, PR- and HER2+. I would definitely recommend working with your integrative doctor, herbalist or naturopath for proper dosing.

Early research reported in 2021 [18] found that wormwood is also effective in stopping replication of SARS-CoV-2  (coronavirus) including two new variants (UK and South African variants). Researchers stated that more work is needed to identify the compound or combination of compounds in A. annua responsible for inhibiting viral replication.

A Caution When Taking Artemisinin

[18] Artemisia annua L. extracts inhibit the in vitro replication of SARS-CoV-2 and two of its variants – https://www.sciencedirect.com/science/article/pii/S0378874121002439?via%3Dihub 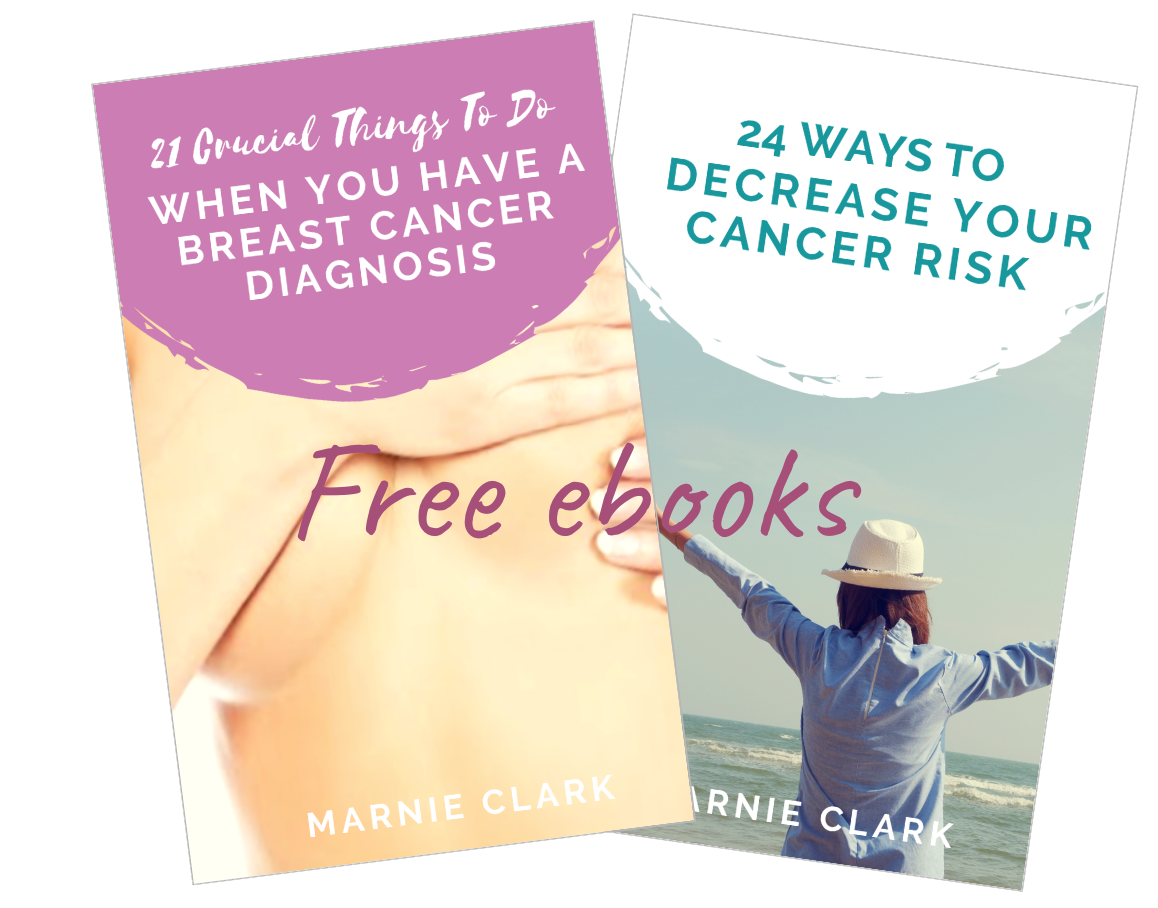