Are Lavender and Tea Tree Essential Oils Safe To Use If You Have Breast Cancer? 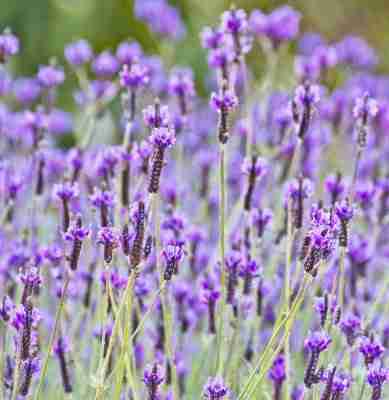 Are Lavender and Tea Tree Essential Oils Safe To Use If You Have Breast Cancer?

Probably at least once a week, a woman with breast cancer asks me whether lavender and tea tree essential oils have estrogenic properties, and whether they are safe for her to use. Being a breast cancer coach – and especially someone who recommends the use of essential oils – it’s a fair question. With this article, I hope to give you some things to consider when using essential oils, some of the research, and to share with you why quality matters when considering essential oils as part of your healing regimen.

The reason people are asking this question is because of a small study [1] that indicated lavender and tea tree oil may have estrogenic or hormone disrupting properties.

This is my response and my position on this matter.

The study listed at [1] below in References reported that lavender oil and tea tree oil could possess endocrine disrupting activity. It was a very small study comprising exactly three young male patients who presented with idiopathic (of unknown origin) pre-pubertal gynecomastia. Gynecomastia means enlarged breast tissue. It is purported to be the result of disrupted estrogen and androgen signaling, leading to increased or unopposed estrogen action on breast tissue. All three boys had extensively, and over a long period of time, used products containing either lavender oil or a combination of lavender and tea tree oil. Two of the boys were exposed to a cologne named agua de violetas, and lavender oil was just one of the ingredients.

The vast majority of breast cancer diagnoses are estrogen receptor positive (ER+), so based on this single study, women with ER+ breast cancer are being warned off lavender and tea tree oils. Since this study [1] was published, it has been cited hundreds of times, according to Google Scholar, and reference has been made to the supposed estrogenic or endocrine disrupting activity of lavender and/or tea tree oils. That’s rather akin to hanging someone without a proper trial, I say.

1. What other ingredients were in the agua de violetas? Fragrance ingredients are NOT evaluated for safety, in fact most fragrance manufacturers keep their ingredients a closely-guarded secret. It is one of the least regulated industries in the world. Some chemical fragrances are known to be endocrine disrupters, why just blame the lavender? Since no compositional data on the essential oils was supplied in the original paper [1], the presence or absence of xenoestrogenic contaminants such as pesticides, herbicides, etc – known endocrine disrupters – is not known. To draw conclusions about the estrogenic activity of these essential oils without all of the relevant data is just crazy. It is quite possible that these three boys had gynecomastia for other reasons. Tea tree and lavender oils have been blamed, but have not been definitively identified as endocrine disrupting compounds. Indeed, both tea tree and lavender oils have a long history of safe use.

2. Lavender essential oil, if properly distilled from true lavender, Lavandula angustifolia (and NOT lavandin, as many are) is a beautiful oil and has been used for centuries for all sorts of illnesses, skin complaints, for stress, as a sleep promoter, and it has many anti-cancer properties (and yes, there is research to back that up). The study at [1] did not take into account what kind of lavender had been used. Was the lavender improperly distilled using chemical agents that are themselves known to be endocrine disrupters? The composition of the essential oils tested was not given, nor was there any other information about them, other than the supplier. Were the oils organically grown? If not, contamination with herbicides and insecticides is a definite possibility, also known for hormone disruption.

3. What other research has been done since 2007? A study released in March 2013 looked into the subject of the supposed estrogenic activity of lavender essential oil [2]. In this study on rats, lavender oil at dosages of 20 and 100 mg per kg was found to show no sign of being estrogenic in a uterotrophic assay, the gold standard in vivo (meaning in the body) research. Unfortunately, the animals were only tested for 3 days which was probably an insufficient length of time to be considered a thorough examination, but the study is still interesting. Particularly since the concentrations used with the rats amounted to more than 6,000 and 30,000 times greater than normal or average human exposure from a multitude of cosmetic products containing lavender oil.

4. Robert Tisserand, one of the world’s leading aromatherapy experts, an author, educator and all-around essential oil guru, states this about the subject of lavender oil and estrogen on his website: “One in vitro study found that lavender oil had a very weak estrogenic action in MCF-7 breast cancer cells (Henley et al 2007). However, there is no evidence that lavender oil has any adverse effects on human hormonal activity. In another in vitro study, lavender oil inhibited the growth of MCF-7 cells (Zu et al 2010) suggesting that, while it may bind to estrogen receptor sites in the body, it is not an estrogen mimic, and so does not promote estrogen.” [3]

5. There is an incredibly high incidence of adulteration of essential oils. One 2014 study on tea tree oil [4] found that more than half of the 43 samples tested failed to comply with the proposed ratios. In oils sourced from China, the incidence of adulteration is closer to 100%. Compounds not normally found in pure tea tree oil were detected in this study and that’s not a good thing. This brings me to the next subject.

If I’ve said this once, I’ve said it a thousand times – know where your essential oils come from. Know how the plants are grown. Does the company grow the plants using organic principles? Find out how the essential oils are distilled. If your supplier can’t or won’t tell you this, steer clear of them. Make sure your essential oil supplier uses only Lavandula angustifolia for their lavender oil – and not lavandin, a cheap and less effective substitute. Make sure that the product you are buying contains only the oil of the plant and not a bunch of toxic chemicals like phthalates, or parabens, which are known to have endocrine disrupting properties. Generally speaking, the cheaper the oil, the less you want to consider it.  If you need my help sourcing excellent essential oils, let me know.

Lavender oil is not estrogenic