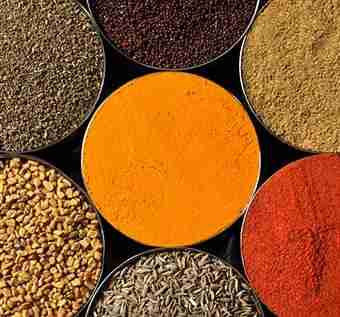 This week I received a very helpful and enlightening newsletter from Dr Jacob Schor, Naturopath, titled Does Curcumin Have An Estrogenic Effect? and I wanted to share it with you, because this is also a question I get asked frequently.

Dr Schor is also on the Board of Directors for the Oncology Association of Naturopathic Physicians and is based in Denver, Colorado.  He is often quoted on this website because of his excellent research skills, quality information and helpful insights for the breast cancer community.

Dr Schor has very kindly allowed me to copy the contents of his newsletter for you to read:

Does Curcumin Have An Estrogenic Effect?
By Jacob Schor, ND, FABNO
www.DenverNaturopathic.com
September 27, 2015

Over the last month or so, several patients have contacted me in great concern because they had read online that curcumin (the turmeric extract) has estrogenic effect and is thus contraindicated in any estrogen sensitive cancer, in particular, breast cancer.  Thus I am obligated to consider and answer this question in great detail.  For those of you who simply want the bottom line: many things you read online are not true. This is one of them.  Curcumin is still strongly indicated for use in all types of breast cancer.

This statement in various versions has been copied and pasted onto a growing number of other websites.

The WebMD article did not cite a source for this idea.  In a situation in which one makes a statement that runs contrary to general consensus, it is typically expected to be justified with a reference.

Our assumption is that WebMD’s statement is based on a 2010 paper by Bachmeier et al as it is the only study that we’ve found to suggest the idea that curcumin is at all estrogenic:
http://www.ncbi.nlm.nih.gov/pubmed/20798532

Bachmeier et al examined the impact of curcumin, along with quercetin and the enterolactones (derived from flax) on the expression of the  genes in breast cancer cells that are normally strongly stimulated by estrogen.  “Gene regulation induced by these compounds was low for genes strongly induced by E2 and similar to the latter for genes only weakly regulated by the classic estrogen. Of interest with regard to the treatment of menopausal symptoms, the survival factor…” 2

Bachmeier found that curcumin has a very weak estrogen-like effect on these genes. The authors of the paper were not worried about breast cancer stimulation, rather they were wondering if these compounds might decrease hot flashes.

We should note that the same authors have published other papers on curcumin and breast cancer, all focused on its potential benefit in treating this type of cancer.  They do not seem the least bit concerned about an estrogenic effect, nor do they appear to be the least concerned about their findings.  Here are a few other titles from these same researchers:

2008 “Curcumin downregulates the inflammatory cytokines CXCL1 and -2 in breast cancer cells via NfkappaB.” 3

2010 “Curcumin, either as an isolated chemoprevention substance or in combination with chemotherapeutic agents as supportive measure reducing pharmaceutical resistance of tumor cells to certain chemotherapeutics” 5

My colleague Lise Alschuler, author of “The Definitive Guide to Cancer, 3rd Edition: An Integrative Approach to Prevention, Treatment, and Healing”, when asked about this commented that the concern was based only on “… in vitro indirect data – so [it is] bogus. Every plant would have some phytoestrogenic properties in a petri dish and this one was weak.”

I also contacted Bharat Aggarwal who directs the MD Anderson’s research laboratory, which has done much of the published research on curcumin, to ask if this idea was possibly true.  His response: “…there is no evidence for this.”

To paraphrase another colleague, Paul Reilly ND, FABNO, ‘Almost all flavonoid molecules have some mildly estrogenic effect.  In the case of curcumin this effect is quite weak and is far outweighed by its other anti-cancer actions. These estrogenic effects themselves, though mild can be considered anti-estrogenic in that they compete for the ER binding sites on cells, like a very weak form of tamoxifen.’

So where does that leave us?  There seems to be no evidence to support the idea that patients should be concerned about estrogenic effects from curcumin.

This should serve as a lesson to all of us, that, as we move forward through this journey of living with cancer, science and medicine,  we take careful steps; we need to be cautious regarding what we read and believe to be fact.  The idea that curcumin should be avoided appears to have no credible evidence to support it.  Yet as a result, many patients may be hesitant to use something that could have potential benefit in their lives.

To see some of the other health benefits turmeric/curcumin offers, see this page: Turmeric – The Definitive Guide

Thank you Dr Schor for setting the matter straight for us in the breast cancer community and for going to all of the trouble to make phone calls and delve into the research.  We thoroughly appreciate your time and passion for helping others.

For more information on how curcumin is beneficial for breast cancer, dosages and specific supplements see my article Harvest The Power Of Curcumin To Kill Breast Cancer Cells.