Why to Consider Fighting Breast Cancer with Vitamin D 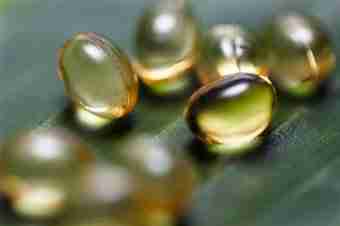 Responding to research showing that vitamin D may slow the progression of breast, colon and other common cancers, some doctors have begun recommending their patients add vitamin D to their “tool kit” of cancer therapies alongside more conventional treatments such as surgery, radiation and chemotherapy.

Vitamin D is known as the sunshine vitamin.  When the sun shines on the skin, the ultraviolet rays activate a form of cholesterol which is present in the skin, converting it to vitamin D1.  Because the body can provide sufficient vitamin D to meet its needs simply through exposure to sunlight, some feel it is not really a vitamin, but rather a hormone.

What must be taken into account, however, is the fact that the amount of vitamin D converted through sunlight exposure varies according to the time of year, latitude and longitude where you live, the color of your skin, and whether or not you wear a sunscreen whenever you go out.  So not everyone gets the same amount of vitamin D.

Recent studies have indicated that women in North America and northern European countries exhibit the highest incidence rate of breast cancer, whereas women in southern regions are relatively protected.

While not all doctors are convinced that the studies are strong enough evidence to warrant taking an extra dollop of vitamin D, those recommending it say popping the pills is a simple health strategy that has few, if any, risks and has the added benefit of also improving bone health in those with cancer.

“There is emerging data on breast cancer recurrence rates and vitamin D levels that are quite compelling,” says Tracey O’Connor, an oncologist at the Roswell Park Cancer Institute in Buffalo who treats breast cancer and is having her patients take the vitamin.

Dr O’Connor recommends high doses of the supplement to the most deficient patients immediately after they are diagnosed to quickly raise blood levels of the nutrient.

Dr. O’Connor says that having a low level of vitamin D “is quite common” among women with breast cancer, and most patients – about 80% – are either deficient or have insufficient amounts.

Dr. O’Connor says some breast-cancer patients have such low stores of the nutrient that they need to embark on a crash course of taking up to 50,000 iu a week for several months to bring up their levels. Other patients whose starting levels aren’t so poor take a few thousand iu per day. She also monitors blood levels to make sure people don’t get too much.

International units are the standard measurement of how much vitamin D is contained in supplements or foods. Multivitamins typically have either 400 or 800 iu, and a cup of fortified milk has 100 iu.

In recent years, vitamin D has emerged as one of the most intriguing areas of cancer research. There have been numerous epidemiological studies finding that people with less vitamin D in their blood are at a higher risk of developing cancer compared with those who have higher levels.  18 different cancers have been identified for which this trend has been observed and includes colon and breast cancer.

Other research has found that people diagnosed with cancer in summer and fall – when blood levels of vitamin D are at seasonal highs because of sun exposure – have longer survival times than people whose cancers are detected in winter and spring.

I’m not advocating using ONLY vitamin D to fight breast cancer.  I truly believe, however, that it is beneficial to add to your arsenal of weapons against breast cancer.  If you’re newly diagnosed with breast cancer, generally wear sunscreen or don’t spend much time in the sun, and don’t drink milk, it might be a very good idea to go and get your vitamin D levels checked and start supplementing if your levels are low.  Watch this compelling video by Dr Joseph Mercola on vitamin D testing and supplementation.

If you’d like to stay connected, sign up for my free e-newsletters on the right, or “like” me on Facebook (MarnieClark.com) and I’ll do my utmost to keep you informed and empowered on your healing journey.