The Hidden Dangers Of Chlorine In Our Water 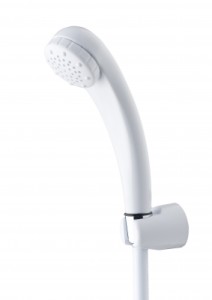 The Hidden Dangers of Chlorine In Our Water

I would be remiss in my duties as a breast cancer coach if I didn’t share with you the hidden dangers of chlorine in our water and how that relates to breast cancer.

One of the first things I read about when I was going through breast cancer in 2004 was that there appeared to be a link between chlorine exposure and breast cancer, so I went into research mode.  One sentence that I just kept finding, over and over, related to a Hartford study that reported “Women with breast cancer have 50%-60% higher levels of organochlorines (chlorination by-products) in their breast tissue than women without breast cancer.”  I found that rather alarming, needless to say.

Here are 5 more rather alarming things about chlorinated water:

1.  According to the Medical College of Wisconsin research team: “We are quite convinced that there is an association between cancer and chlorinated water.”

2.  According to the US Council of Environmental Quality: “Cancer risk among people drinking chlorinated water is 93% higher than among those whose water does not contain chlorine.”

3.  Dr Joseph Price wrote a controversial book in the late 1960’s titled “Coronaries/Cholesterol/Chlorine”.  It was Dr Price’s opinion that the basic cause of atherosclerosis, heart attacks and stroke was down to chlorine.  Dr. Price later headed up a study using chickens as test subjects, where two groups of several hundred birds were observed throughout their life span to maturity.  One group was given water with chlorine and the other group had no chlorine. The group raised with chlorine, when autopsied, showed some level of heart or circulatory disease in every specimen, but the group without had no incidence of disease. During winter conditions, the group with chlorine exposure showed signs of poor circulation, shivering, drooped feathers and a reduced level of activity. The group without chlorine grew faster, larger, and displayed vigorous health.  This study is still used as a reference today in the poultry industry.  As a result, most large poultry producers use dechlorinated water.  It just seemed like common sense to me that if chlorinated tap water isn’t good for chickens, then it probably isn’t good for us either.  The Russians agreed — in 2010, Russia joined the European Union in prohibiting the use of chlorine as an anti-microbial treatment in poultry production, which is commonly used in the United States.

4.  Chlorine is a pesticide, its sole purpose being to kill living organisms. When we consume water containing chlorine, it destroys cells and tissue inside our body.  Dr. Robert Carlson, a highly respected University of Minnesota researcher whose work is sponsored by the U.S. Environmental Protection Agency, advises that “the chlorine problem is similar to that of air pollution”; additionally that “chlorine is the greatest crippler and killer of modern times!”

4.  Up to two-thirds of our exposure to chlorine is due to inhalation of steam and skin absorption while showering or swimming.  A warm shower is particularly a problem, because it opens up the pores of the skin and allows for accelerated absorption of chlorine and other chemicals in the water.  Inhalation is a much more harmful means of exposure since the chlorine gas we inhale goes directly into our bloodstream.  The steam we inhale while showering can contain up to 50 times the level of chemicals than tap water due to the fact that chlorine and most other contaminants vaporize much faster and at a lower temperature than water.

5.  According to Dr Lance Wallace, of the U.S. Environmental Protection Agency, “Showering is suspected as the primary cause of elevated levels of chlorine gas in nearly every home because of chlorine in the water.”  Chlorine vapors are known to be a strong irritant to the sensitive tissue and bronchial passages inside our lungs; chlorine was used as a chemical weapon in World War I !!!

Based on all that I read about chlorine, I implemented the following:

1.  The first thing I did (and it wasn’t easy because I loved it) was to sell our outdoor spa.  I just could not enjoy it anymore knowing that the chlorine treated water was putting me at a higher risk of having breast cancer again.

2.  I also made sure that our tap water had a good filtration unit attached to it.  What kind you choose depends upon your budget and the research that you do. I wanted a whole-house filtration unit but they tend to be ruinously expensive, so I chose to filter the tap water at our kitchen sink with a Wellness water filter.

3.  My husband (bless him) installed shower filters as well.  Initially we just chose carbon shower filters, but I have recently come into contact with something much better.  Go to my Useful Links page and check out Vitamin C Shower Filters.  If you love your shower, installing a shower filter makes good sense.

One more resource for you – if you are going to swim in chlorinated pools, read this good web article by WellnessMama.com)