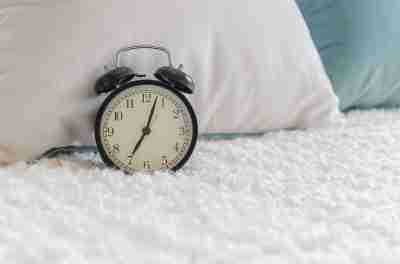 Melatonin Is A Natural Hormone

Melatonin is a natural hormone produced in the pineal gland of the brain, best known for its function with our sleep/waking cycles.  Light inhibits the production of melatonin in your brain and alters your natural rhythms (called Circadian rhythms).

Way back in 1976, a research project called the Nurse’s Health Study followed 121,701 female nurses for a number of years. Among other health issues, the study found that nurses who worked night shifts had a 36% higher risk of breast cancer. Since then, other studies have found a relationship between lack of sleep, melatonin and breast cancer.

One 2008 Japanese study found that  women who sleep less than 6 hours per day had an increased risk for breast cancer.

There are proposed to be three mechanisms of action by melatonin that reduce the risk of breast cancer:

In addition, melatonin has quite a variety of other useful actions in the body.  It is a potent antioxidant, it helps activate the immune system.  What it does for cancer is even more impressive.  It induces apoptosis (the process of programmed cell death, lacking in cancer cells), it inhibits the ability of cancer cells to metastasize (spread), it disrupts angiogenesis (the ability of a tumor to create new blood vessels and thus a way to feed itself), it stimulates cell differentiation (also a bad thing for cancer cells), it can even boost the effectiveness of chemotherapy, as well as decreasing its toxic side effects.

Pretty amazing little hormone, really.  So it sounds – initially – like it would be a good supplement to take, doesn’t it?  It’s not that easy, however.  There are some other things about melatonin that you need to know.

For an excellent presentation about melatonin, here is a 12-minute talk given by Dr Russel J Reiter at the University of Texas titled Melatonin’s Role In Cancer Prevention:

The Problem With Melatonin Supplementation

Frequent melatonin use, especially in the typical dosage of 3-6 mg, can trigger a somewhat vicious cycle in your brain.  It is, after all, a hormone, not a vitamin, herb or mineral.  If you supplement with melatonin regularly to get to sleep or for breast cancer risk reduction purposes, your body will produce even less, creating an even greater need for the hormone.  And melatonin supplementation can come with side effects such as next-day grogginess, headaches, dizziness, irritability, vivid dreams and nightmares.

Also, according to research conducted at MIT, the correct dosage of melatonin for it to be effective is 0.3 – 1.0 mg.  Many commercially available forms of melatonin are 3-10 times the amount your body would need.

Another complicating factor is how the supplement is prepared.  According to WebMD.com, you should only take the synthetic form of melatonin because the natural form comes from ground-up cow pineal glands and it may spread disease (who needs Mad Cow?).

Melatonin supplementation is helpful when you are suffering jet lag from moving swiftly through time zones – for short periods – and it’s useful for short periods of insomnia. Other than that, you are much better off optimizing your own body’s production of melatonin.

Here are the 10 best ways to do that.

10 Tips to Optimize Your Own Melatonin Production

Sleep Duration and the Risk of Breast Cancer: the Ohsaki Cohort Study
https://www.ncbi.nlm.nih.gov/pmc/articles/PMC2579702/

Basic Mechanisms Involved in the Anti-Cancer Effects of Melatonin –
https://www.ncbi.nlm.nih.gov/pubmed/21062257

If you would like my help with getting through breast cancer in an inspiring and ultra-healthy way, sign up for my free e-books and newsletters on the right, or “like” me on Facebook (Marnie Clark, Breast Health Coach).