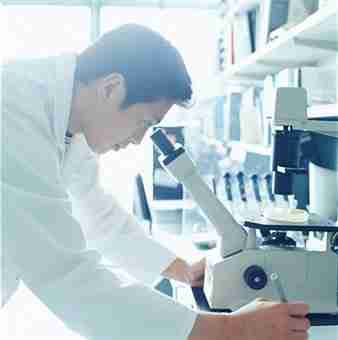 In June of this year, the results of a new study were released by Duke Cancer Institute for a breast cancer drug known as T-DM1 which is made by Genentech, a unit of Roche, who sponsored the trial.

I didn’t write an article about it at the time because I wanted to do a little more research.

T-DM1 is designed for those who are HER2 positive, meaning that their tumors have high levels of a protein called HER2.

T-DM1 works a little differently than most chemotherapy drugs.  It consists of toxins that are linked to proteins called antibodies.  The antibodies latch onto cancer cells and deliver their toxic payload directly into the cancer cells.  This is termed an antibody-drug conjugate.

More specifically, to make T-DM1, trastuzumab, the T in the name, is attached to DM1, a toxin more potent than the typical chemotherapy drug.

The trastuzumab latches onto cells with the HER2 protein protruding from their surface and is taken inside the cells.  Once inside, the antibody degrades and sets the toxin free. Although the toxin is still connected to the linker, it is still able to kill the cells.

According to the research, by doing this, side effects are supposedly reduced.

The T-DM1 trial involved 991 women with metastatic breast cancer whose cancer was getting worse despite previous treatment with the drug Herceptin (also a Genentech drug) and taxane.  Half of the women in the study got T-DM1 and the other half received two drugs that are now commonly used for such patients — Tykerb, also known as lapatinib, and Xeloda, also known as capecitabine.

According to the study results, T-DM1 delayed the worsening of disease by about three months.  For those who received T-DM1, the median time before the disease progressed was 9.6 months, compared with 6.4 months for those getting the two other drugs.

While it is too early to state that T-DM1 prolonged lives (because not enough time had elapsed since the beginning of the trial and the release of the results), researchers were pretty confident that it would be beneficial.

I have been active in several breast cancer forums and I know of a few women who have been on the T-DM1 trials.  Here’s what some of them have had to say about side effects of T-DM1:

I thought you might like to know.  To me, that list of side effects sounds a whole lot like most chemotherapy drugs but if they are keeping people alive and giving them hope, that’s always a good thing.

I’ll get excited when researchers come up with effective drugs that don’t have side effects.