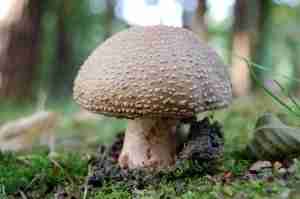 Photo courtesy of stock.xchng and Rybson

Medicinal mushrooms are nothing new – the Chinese have been using them for thousands of years.  Recent research indicates that (among other things) these funky fungi have the ability to kill cancer cells.

There was a very interesting article earlier this year in the Huffington Post and it reminded me of my own experience with a natural supplement given to me by my Australian naturopath.  I was given some freeze-dried granules that contained some of the mushrooms listed below to boost my immune system and white blood cell count prior to undergoing 6 months of chemotherapy.  I took it the entire time of my chemotherapy regime and I truly believed it helped me a lot.  My white blood cell counts were usually within acceptable ranges so that I was able to continue with the chemo treatments.

Unfortunately, the product is not available here in the U.S. (I checked) but go to any health food store and you will find any number of supplements based on these amazing fungi. Don’t be afraid to eat them fresh too – put them in soups, stews, salads!

Here Are The 7 Best Medicinal Mushrooms:

For more information on some specific tips on taking medicinal mushrooms, see my newer article.

If you would like my help with getting through breast cancer in an inspiring and ultra-healthy way, please sign up for my free e-newsletters on the right, or “like” me on Facebook (MarnieClark.com).  When you’re in a desperate situation, you need an ally.  You can depend on me to help you through this.