Flaxseed Oil Enhances Effect Of Herceptin Against HER2+ Breast Cancer 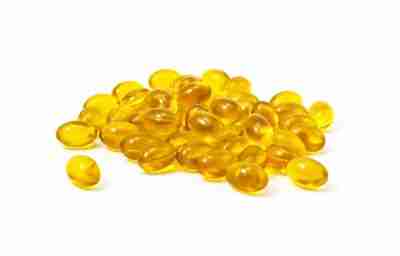 Today I want to share with you two studies that both show that flaxseed oil enhances the effect of Herceptin for those with HER2 positive breast cancer.

Admittedly, the studies [1], [2] were carried out with mice.  However, I feel compelled to share this information with you because if it happens with humans as well, it is clinically relevant. And adding a little flaxseed oil (or freshly ground flaxseed) to your diet is non-toxic, easy to do, and wonderfully healthy for you.

The research examined the effects of flaxseed oil on breast cancer cells and how it reacted with the targeted drug Herceptin, created especially to battle HER2-overexpressing cancers.

The 2010 study [1] looked at how flaxseed oil interacts with the drug Trastuzumab, better known as Herceptin.  Researchers implanted HER2+ human breast cancer cells in immune-deficient mice.  The mice were given flaxseed oil as part of their diet, along with various doses of Herceptin.  In the control group of mice who received neither oil nor drug, the tumors grew unchecked, some increasing in size by 187% over the four weeks the experiment lasted.

For the other two groups, Herceptin was given at two different doses.  The tumors in the mice receiving the lower dose (2.5 mg/kg body weight) did not grow, staying the same size through the course of the study.  The higher dose of Herceptin (5mg/kg body weight) worked better than the low dose – the tumors decreased by 75%.  That’s remarkable enough, but read on.

The tumor sizes were tracked for several weeks after the drugs were stopped and the results got more interesting.  The benefit seen in the low dose Herceptin plus flaxseed oil mice continued to increase even after stopping the drug, so that two weeks after the drug was stopped the tumors in the low Herceptin dose plus oil mice were 87% smaller than in the mice that only received the Herceptin at low doses. They tied with the mice that had been given the drug in high doses.

That’s very good news – it appears as though a person could tolerate a lower dose of Herceptin if they combined it with flaxseed oil – thus reducing toxicity and increasing effectiveness.

The results of the 2015 study showed that the mice receiving flaxseed oil alone had no difference in tumor growth. However, the group that fared the best and had the largest reduction in tumor size were the mice that had the flaxseed oil and the higher dose of Herceptin (2.5 mg/kg). The combination of flaxseed oil and Herceptin not only reduced tumor size but led to reductions in HER2 signaling which also reduced cell proliferation (rapid growth) and increased apoptosis (planned cell death – a good thing in cancer cells).

Now obviously we would much rather see the results of a human trial but since flaxseed oil (or freshly ground flaxseed) is so good for you anyway, there seems little reason to wait until such data has been published. If you have been diagnosed with HER2+ breast cancer, my advice would be “Get it in you!” (organically grown, of course)

It’s extremely difficult to translate dosing information from mice to humans, as you can imagine. However, if the data obtained in this study were to hold true in humans, adding flaxseed oil to your regimen could very well enhance the anti-tumor effects of Herceptin. I would recommend dosing at 1-2 tablespoons per day for an average-sized person.

I have quite a few more articles about HER2 positive breast cancer – visit this link to see them all.

I send my love to everyone taking this journey right now. If you would like my help with getting through breast cancer in an inspiring and ultra-healthy way, please sign up for my free e-newsletters on the right, or “like” me on Facebook (Marnie Clark, Breast Health Coach) and I’ll do my utmost to keep you informed and empowered on your healing journey… and beyond.