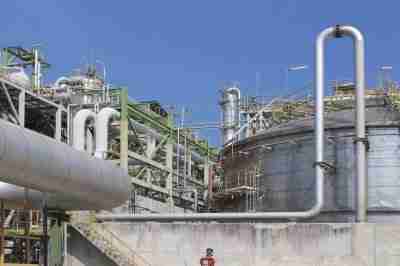 The term “chelation” (pronounced key-lay-shun) comes from the Greek word chele, which means “claw”.  This may sound strange until you understand that certain agents, known as chelators are able to chemically bond with metals, minerals, or chemical toxins and whisk them out of the body via the urine and feces.

In our increasingly toxic world, this is beginning to be a very necessary step toward wellness for many people.  One of the methods by which people are discovering their heavy metal toxicity is via a test known as hair mineral analysis, usually ordered by a naturopath or an integrative doctor searching for the underlying cause for disease.

People are discovering that their bodies are polluted with heavy metals such as iron, lead, mercury, cadmium, copper and zinc.  Our bodies cannot break down heavy metals, thus creating toxic levels which are playing havoc with health.

Natural therapists have long known that certain agents are able to chelate – grab onto – these heavy metals and pull them out of the body’s blood and tissues.  They form complex molecules that are chemically inert and can be easily excreted without interacting any further with the body.  This is the method by which chelation therapy detoxifies heavy metals.

So Where Are All These Heavy Metals Coming From?

Heavy metal toxicity is due to many different things, including amalgam dental fillings (which are about 50% mercury), lead in paint, tap water, chemical residues in processed foods, petrochemical products, and cosmetics (unless organic).  Mercury is probably the worst offender and those who work in these professions have the highest risk of mercury overload: physicians, pharmaceutical workers, any dental occupations, laboratory workers, potters, hairdressers, painters, printers, metal workers, welders, cosmetic industry workers, battery makers, engravers, photographers, and visual artists.

Dr. Garry Gordon, a leader in the field of chelation says, “No one on Planet Earth is operating at optimal levels without doing something about the toxic metals.  Thus the conclusion I draw is that chelation appears to be a lifetime necessity for all.  There is no chelation that can dent the lead levels of bones unless continued for at least seven years (bone turnover time).”

How Is Chelation Therapy Administered?

Depending on the agent used and the type of metal toxicity, chelating agents may be taken orally or injected into a vein or muscle.

Note:  It is possible to feel worse after chelation than when you began if you are not well-informed and do not proceed carefully under the care of a competent healthcare practitioner.  You will want to get the hair mineral analysis test done first to see what metals you have a problem with (if any) and this test is usually done with a qualified professional like a naturopath or integrative doctor.  The following list is purely for informational purposes.

Ethylene Diamine Tetraacetic Acid (EDTA) is the most widely used and studied chelating agent.  It is a synthetic amino acid first used in the 1940’s as a treatment for lead poisoning.  In the 1950’s physicians began to use it for the treatment of cardiovascular disease.

In 1980, Drs W Blumer and T Reich headed a study which discovered that people who lived close to a busy road had higher chances of dying from cancer than those who did not live close to a busy road.  They discovered that lead from vehicle exhaust was suspended in dust particles and sediment dust along the automobile artery.  They further found that calcium EDTA helped to eliminate the lead poisoning.  It appears that someone listened to this report – all vehicles manufactured after 1986 in the USA were required to operate completely on unleaded fuel.

However.  Using synthetic chelators with their own toxic side effects is not the best way to chelate.

Homeopathic merc sol – good for the removal of arsenic, iron and mercury.

Alpha lipoic acid (ALA) – a nutritional supplement that transforms into dithiol dihydrolipoic acid, a chelator of both mercury and arsenic.  It is advised that ALA should be taken with caution by starting at low dosages and supporting its use with a full protocol, which includes clay, to ensure that the heavy metals do actually leave the body.

Inositol Hexaphosphate (IP6) – derived naturally from seeds and rice bran, is the most potent natural chelator of iron and completely non-toxic. Researchers at Wake Forest University Health Sciences state that “iron chelators may be of value as therapeutic agents in the treatment of cancer. They may act by depleting iron, a necessary nutrient, and limiting tumor growth.” [Current Topics Medical Chemistry 4: 1623—35, 2004].   IP6 appears to work selectively against cancer cells. Because cancer cells are high in iron content, IP6 directs most of its attention to these abnormal cells by selectively removing iron.  That deprives them of their primary growth factor.  IP6 does not remove iron from normal red blood cells which are tightly bound to hemoglobin.  Unlike cancer drugs, healthy cells are not affected with IP6, so IP6 has very low toxicity. [Deliliers GL, British J Haematology 117: 577—87, 2002]

Cilantro (Coriander) – a very effective chelator.  Many people suffering from mercury exposure report a reduction in the often-cited feeling of disorientation when they consume large quantities of this popular herb.  It appears to work better when combined with chlorella (see below).

Parsley, Alfalfa, and Chlorella (blue-green algae) – all three are powerful chemical and heavy metal chelators.  They help to get your system more alkaline and purify the blood, making it easier for the body to rid itself of wastes with less discomfort or “healing crisis” (which is often felt when the toxic debris coming out of the cells causes you to feel sick or like you have the flu).

A few more tips:  Remember to replace the good minerals which may be lost during the chelation process with a great quality mineral supplement.  Note that it is best to eliminate heavy metals gently – slower is better than faster – so that the body can reabsorb less and avoid flooding the body with toxic metals that can cause you to feel rotten.  I said it up above and I will repeat it here – it is possible to feel worse after chelation than when you began if you are not well-informed and do not proceed carefully under the care of a competent healthcare practitioner.