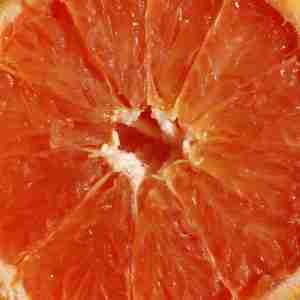 Researchers at the University of Hawaii conducted a study that involved 50,000 postmenopausal women spanning five ethnic groups [1].  Researchers found that daily grapefruit intake was significantly associated with an increased risk of breast cancer and that the increased risk was comparable to that seen in women having hormone replacement therapy.

So what’s the problem with grapefruit?

According to many research studies, grapefruit contains substances that inhibit an intestinal enzyme known as cytochrome P450. This enzyme is involved with the breakdown and metabolism of estrogen, and also quite a few pharmaceutical drugs. Researchers discovered that eating one-quarter or more of a grapefruit per day was significantly associated with an increased risk of breast cancer. The thinking is that the enzyme which breaks down estrogen is inhibited and this can lead to an increase in circulating estrogen levels.

To simplify this, if cytochrome P450 is inhibited, then there is more estrogen circulating through the body. If you have estrogen-receptor positive cells on your breast cancer tumor, you might want to avoid grapefruit for this reason.

While I was studying the information related to the University of Hawaii study, I also found some information that stated the research was flawed [2].  So to be perfectly fair to grapefruit, the jury is still out.  But since it is easily avoided, if you have estrogen-receptor positive breast cancer you may want to avoid grapefruit. Or eat it sparingly since the research noted that eating it daily was associated with a higher risk.

What About Taking Grapefruit with Tamoxifen?

Since grapefruit appears to interact with so many pharmaceutical drugs, I know the next question is going to be, what about tamoxifen? Does it interact with tamoxifen, a much-prescribed estrogen blocking drug. Apparently not! I found research [3] which indicated that naringenin, a bioflavonoid found in grapefruit, when combined with tamoxifen, impaired proliferation (rapid spread) and induced apoptosis (programmed cell death) in breast tumor cells. So it appears that grapefruit not only does not interfere with tamoxifen but actually helps tamoxifen do a better job.

So what to do? If it were me, if I were fighting an aggressive breast tumor that exhibited estrogen receptors (ER+), I would avoid grapefruit. If I had another type of breast cancer, I probably wouldn’t worry about it so much. If my tumor was removed, I was considered cancer-free and taking tamoxifen, I would consider grapefruit an ally in the fight against cancer.

GET MY BEST TIPS on healthy ways to beat breast cancer and prevent recurrences by signing up for my free e-newsletters and e-books on the right.  You can also “like” me on Facebook (Marnie Clark, Breast Health Coach) to get my inspirational snippets, news and updates.  I promise to do my utmost to keep you informed and empowered on your healing journey… and beyond.