Facing Mastectomy? The Merits Of Having A “Breast Wake” 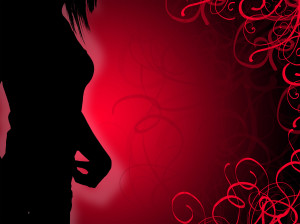 Facing a life-altering surgery such as mastectomy is never going to be easy, let’s face it.

Regardless of your age, your breasts have been a big part of your sexual identity, nurtured your children, and/or given your partner much delight (and hopefully you as well).  If  you are facing mastectomy because of breast cancer, the thought of losing one or both breasts is no doubt a huge shock.

There are many resources out there for you to help you make your decision – and more than a few on this website – but the purpose of today’s article is to share with you the merits of having a “breast wake” should you decide to go forward with mastectomy.

What is a Breast Wake?

The traditional wake, held when someone died, involved family members or friends who stayed awake with the body of the deceased to watch or guard it and/or have a prayer vigil until it was time for the church funeral and/or burial.

According to Wikipedia, a wake is often a social rite which highlights the idea that the loss is one of a social group and affects that group as a whole.

Why should the loss of a breast be any different?  I have a friend who held a wake for a much-beloved dog.  I really think that this kind of loss should be noted, either before or after the event, but preferable before and here’s why.

Why Have A Breast Wake?

When you have gathered your family and friends together to mourn the loss of your breast(s), this is an exceptional time to ask each of them to help you with that process, in some small way while you are recovering and even possibly after treatments begin (if any).

Whether it be cooking you a healthy meal and bringing it over, or just taking out your garbage, or occasionally scrubbing the sink, you will be surprised to discover how many people actually want to help you and are willing to do just that.  And you will need their help at some point, I promise you.

Mourning the loss of a breast doesn’t have to be a solemn occasion.  Put someone else in charge of all of this – your best friend, for example – if you don’t 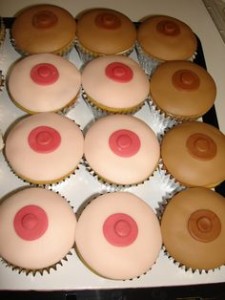 feel up to it.  Pull the carpets back and dance if you want to.  Have some great, healthy food with your friends and family.  Cry and laugh with them.  Propose a toast to your breast(s) and have others do the same.  Serve cupcakes that look like breasts.

Instead of having a guest book where people list their names, have a blank book for people to write in – a few of their favorite inspirational quotes (ask them to bring them along when you invite them) because at some point during this journey you will feel overwhelmed, scared and depressed.  Having a book like this to delve into can help you through these difficult times.

With regard to the people who offer to help you, either you or a friend with good handwriting can write down the name and phone number of each person who offers help, along with what it was they offered to do.  Don’t be afraid to call them either!

If you would like to receive my best tips on getting through breast cancer and preventing recurrences, just  sign up for my free e-newsletters and e-books on the right, and/or “like” me on Facebook (MarnieClark.com). I promise to do my utmost to keep you informed and empowered on your healing journey… and beyond.

While I was doing my research for yesterday’s article, I came across an article concerning needless mastectomy, a matter of which I was blissfully unaware.  Today I’m sharing that with you because you need to know.

Women are often enduring mastectomies for no good reason.

I’m not saying it’s always the case, but by the time you’ve finished this article, hopefully you’ll know the best reasons for having a mastectomy and when you should go after a second opinion.

On October 27, 2012, Nicholas Regush of ABC News wrote “While we hear news almost daily of the need for women to have mammograms and to inspect their breasts for changes that could suggest breast cancer, the actual treatment for breast cancer that many women receive, especially poor ones, is often outrageously out-of-date, if not bordering on the criminal.”  Here’s a link to the full article.

The article goes on to state, “In Texas, for example, a study of breast cancer treatment at one large urban hospital revealed that 84 percent of the women with early stage breast cancer had mastectomies and only 16 percent had lumpectomies. The women who lost their breasts were mostly poor.”

Mr Regush referenced an article written by Diana Zuckerman, President of the Washington, DC-based National Research Center for Women and Families.  The article was published in the Journal of the American Medical Women’s Association.  Despite much digging, I wasn’t able to get hold of a copy of that article, but I did discover that Ms Zuckerman has been extremely proactive with the Breast Cancer Public Education Campaign.

Because many women diagnosed with breast cancer do not have all the facts they need to get the treatment that is best for them, the National Research Center has been working to raise awareness of this issue.

What I discovered from some of the online articles I read was that if a doctor was trained before 1981, his patient is much more likely to have a mastectomy. Apparently, old medical habits are hard to break.

Research is clear that lumpectomies are as safe as a mastectomy for most women with early stage disease.

Back in my grandmother’s day, nearly every woman who was diagnosed with breast cancer underwent mastectomy, often while under anesthesia for the biopsy itself with no participation in a discussion about treatment options.  How fortunate we are that this is no longer the case.

However, tens of thousands of women with breast cancer are losing a breast (sometimes both) unnecessarily each year.  Many women are getting their breasts removed for no good reason — meaning that such decisions are often not based on sound medical judgment but more on the basis of other factors such as her income (it’s cheaper to perform a mastectomy than lumpectomy followed by expensive radiation treatments), the training of her doctor, the age of her doctor, and where she lives.  Sometimes it’s based purely on fear of the return of the disease.

There is absolutely no data that mastectomy (either single or bilateral) in a breast cancer patient improved survival rates or helped them live longer.  It appears that many women are doing this in panic mode.

Presuming you have already found a breast lump and your doctor has told you it’s malignant, you will need to make the decision between a mastectomy and lumpectomy.

There’s a helpful article in www.breastcancer.org titled Mastectomy vs Lumpectomy.  Please read the article, it references the deciding factors, advantages and disadvantages, and there’s no need for me to reiterate it here.

There is an alarming trend of more and more women removing healthy breasts because they are panicked or in fear of breast cancer returning or migrating to the other breast.  In some cases, doctors recommend prophylactic mastectomy, which is surgery that is performed to reduce your breast cancer risk.  That is a whole, huge topic unto itself and the subject of my next article.

While I can’t tell you what to do, I do want you to be aware that YOU HAVE CHOICES.  Please don’t choose mastectomy purely out of fear.  Sign up for my newsletters (use the colored box on the right) and allow my experience to gently  help you through this process.  It is my honor to walk with you on this journey.