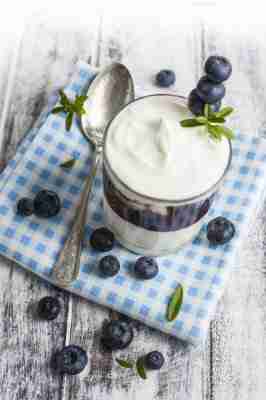 We are now well informed that inside our digestive tract are millions of beneficial gut bacteria that help us break down the food we eat and limit the overgrowth of bad bacteria. They also protect us from infections by playing a crucial role in a healthy immune system. In this article I will share with you how beneficial gut bacteria also reduces cancer risk.

All one needs to do is take a course of antibiotics which kills off the beneficial gut bacteria to have a very good understanding of what an important role they play in our health. Supplementing with probiotics when one is taking antibiotics has long been favored by natural medicine doctors. Even a few conventional medicine doctors (if they are good ones) will advise taking probiotics to replace the good bacteria that is being killed off by antibiotic drugs.

In the past, taking probiotics has been seen primarily as something to help defend against intestinal problems such as inflammatory bowel disease (IBD), irritable bowel syndrome (IBS), Crohn’s, etc. But scientists now believe that beneficial gut bacteria and probiotics play an even more important role in the prevention of other diseases, including cancer.

Did you know that 70-80% of your immune system is located within the gut? Also, the intestinal tract contains a very dense concentration of molecules that are involved in chemical detection and signaling and these molecules are able to affect cells throughout the entire body. This can be a good thing but it can also cause problems.

Intestinal bacteria produces proteins that are able to powerfully influence these chemical detector molecules. An imbalance in the ratio of good-to-bad bacteria within the gut activates these detector molecules in ways that can trigger the development of a wide range of diseases, including cancer. Fortunately, taking probiotics can reverse these disruptions to intestine-based signaling mechanisms. This, in turn, reverses the negative influence that triggers the development of chronic disease.

Some Research on Probiotics

A 2014 paper published in the World Journal of Clinical Oncology discussed a number of research studies which indicate that certain strains of beneficial bacteria have a protective effect against cancer. [1] The authors mentioned their own study wherein a probiotic bacterium known as Lactobacillus casei stimulated an immune response against a particular sort of breast tumor in mice, and delayed or avoided the growth of mammary tumors. [2]

A small animal study released in 2015 wherein Lactobacillus acidophilus was given to mice with breast tumors indicated that the mice that received this probiotic had an increased immune response and lived significantly longer than those who did not. Researchers concluded that the results of the study suggested that daily consumption of Lactobacillus acidophilus may modulate the immune response through its anti-tumor properties and enhance Th1 cytokine production. [3]

A 2004 animal study indicated that probiotics such as Lactobacillus acidophilus and Bifidobacterium longum significantly decreased DNA damage associated with the development of malignant cells. [5]

1. By binding to potential carcinogens (cancer causing agents) and promoting elimination by the body.

2. By suppressing bad bacteria that could convert cancer-causing molecules into carcinogens.

3. By boosting immune cells in the gut that play a role in tumor inhibition.

4. By decreasing the enzymes associated with the development of carcinogens.

5. By promoting immune cytokines which fight against early stages of cancer development.

6. By decreasing DNA damage that can trigger malignant cell development.

7. By suppressing or decreasing inflammation in the body.

Because today’s Western diet, stress factors, widespread antibiotic use (and other pharmaceutical drugs), treatments such as chemotherapy and radiation, and other lifestyle factors (even Caesarian delivery of babies), can disrupt the balance of healthy gut bacteria, supplementation with probiotics is highly recommended. An imbalance of gut bacteria can be reversed through supplementation with good quality probiotics and by regularly eating fermented foods such as kefir, organic plain yogurt, miso, sauerkraut, pickled cucumbers, pickled beets, pickled radishes, kimchi, tempeh, and kombucha.

[1] Modification in the Diet Can Induce Beneficial Effects Against Breast Cancer – http://www.ncbi.nlm.nih.gov/pmc/articles/PMC4127615/

[2] The Administration of Milk Fermented by the Probiotic Lactobacillus Casei CRL 431 Exerts an Immunomodulatory Effect Against a Breast Tumour in a Mouse Model – http://www.ncbi.nlm.nih.gov/pubmed/24646876/

Why Probiotics and Prebiotics Are So Crucial During Chemotherapy 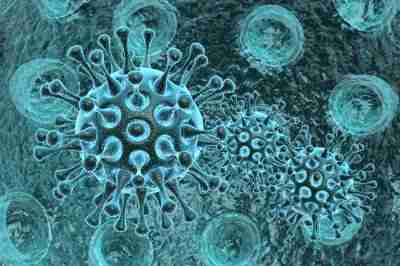 Why Probiotics and Prebiotics Are So Crucial During Chemotherapy

Because there are so many of you undergoing chemotherapy right now, I thought it might be helpful to explain why probiotics and prebiotics are so crucial during chemotherapy (and afterward).

It’s All About The Good Bacteria

The normal healthy intestinal system contains about 100,000 billion bacteria and these bacteria are beneficial to our health. When beneficial bacteria are present, they help us to absorb and digest the food we eat, they keep out bad bacteria and carcinogens, promote healthy metabolism, reduce systemic inflammation, enhance immunity (it is said that 80% of our immune system resides in our guts!), and even support good mental health. Indeed, it is said that at the core of many health concerns there is an imbalance of intestinal bacteria.

Why Chemotherapy Causes A Problem With Good Bacteria

Chemotherapy causes a problem because these drugs go after any rapidly dividing cells, including the cells of the intestinal tract, which are renewed every 4-5 days. That’s why chemotherapy is so hard on digestion. From the mouth to the anus, these cells are killed off unselectively, along with the beneficial gut bacteria.

Supplementing With Probiotics Is Absolutely Crucial For 6 Big Reasons:

1. Probiotics help to replace some of the beneficial bacteria lost during chemotherapy and radiation.

2. Probiotics  help to clean out intestines of potentially toxic pathogens like candida, as well as chemicals and carcinogens (cancer-causing agents).

3. Probiotics appear to help chemotherapy work better. One study on mice revealed that when intestinal bacteria is compromised, chemotherapy drugs don’t work as well as they should [1]. Another study revealed that the commonly-used chemotherapy drug cyclophosphamide relies partially on its capacity to mobilize certain bacteria from the gut into the bloodstream and lymph nodes.  Once inside the lymph nodes, these bacteria stimulate the immune system, which then increases the body’s ability to fight a malignant tumor. [2]

4. Probiotics help to absorb minerals and even produce vitamins.

5. Probiotics help the immune system.  Most alternative health practitioners are aware that supplementing with probiotics provides good support for the immune system and science is getting on board too.  2014 research published in the Journal of Science and Medicine in Sport found that rugby players in New Zealand had about 40% fewer colds and gastrointestinal infections when taking probiotics, compared to taking a placebo [3].

While it is true that some of the beneficial bacteria from your probiotics supplement may be obliterated by chemotherapy drugs, it is recommended to take them anyway in the hope that enough will survive to protect against unwanted organisms such as candida and Clostridium difficile, a particularly nasty form of bacteria that causes infectious diarrhea that can be severe enough to kill.

You can also include prebiotics, which  is indigestible fiber that stimulates the growth of and provides the food for beneficial bacteria in the gut. Include things like asparagus, artichoke, leek, garlic, onion, beans, chickpeas, and lentils.

Inulin is one of the indigestible fibers that good gut bacteria lives on and one of the good things about inulin is that studies on rats indicate it also increases magnesium and calcium absorption  [5], important if you are prone to osteoporosis, as many of us are past a certain age.

Meditation is one surprising modality that actually assists gut flora by alleviating stress, which is a known factor for disrupting healthy gut bacteria.

Avoid antibiotic use whenever possible but if you do absolutely have to have a course of antibiotics, make sure to take probiotics and prebiotics because supplementing is known to reduce an overgrowth of bad bacteria while taking antibiotics. Be aware, however, that there are those who feel that our bodies never fully recover after antibiotic use. Dr Martin Blaser has a very interesting article in the Journal Nature about antibiotic use. He says “Early evidence from my lab and others hints that, sometimes, our friendly flora never fully recover” [5]. This is also mentioned in reference  [1] below.

Avoid eating loads of sugar and carbohydrates, even artificial sweeteners, which are known to harm beneficial bacteria.

If you are undergoing chemotherapy it is a good idea to keep an eye on the possibility of candida developing.  For more information on how to do that, see my article What Is The Candida Breast Cancer Connection.

3.  Probiotic supplementation reduces the duration and incidence of infections but not severity in elite rugby union players – http://www.ncbi.nlm.nih.gov/pubmed/24045086

4. The Roles of Inflammation, Nutrient Availability and the Commensal Microbiota in Enteric Pathogen Infection – http://www.ncbi.nlm.nih.gov/pubmed/26185088

5.  Stimulatory effect of inulin on intestinal absorption of calcium and magnesium in rats is modulated by dietary calcium intakes – http://link.springer.com/article/10.1007%2Fs00394-004-0526-7