What is Pink Slime and Why You Should Care

by Marnie | May 23, 2012 | Breast Cancer and Nutrition, Keeping Abreast of the News, Red Meat and Cancer | 0 comments 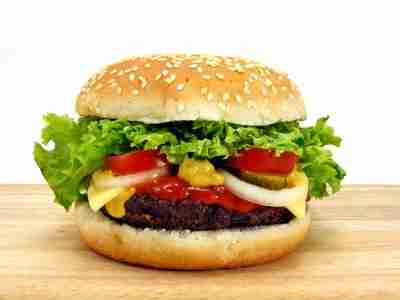 What Is Pink Slime and Why You Should Care

The term “pink slime” was coined by a former microbiologist at the USDA, Gerald Zirnstein.  He could have called it “pink paste” or “pink goo” but he chose a rather more incendiary term for obvious reasons.  It raised the public’s awareness that we have a big problem.

Pink slime is a filler made from supposedly lean beef trimmings which sound harmless enough, but celebrity chef Jamie Oliver disagrees.  In his televised program “Food Revolution” he raised awareness of what pink slime really is and you can see what he had to say in this You Tube video.

The problem for us as consumers of ground beef is that pink slime is actually the trimmed beef by-products (the junk nobody else wants), heated and treated with ammonium to kill bacteria.  Then these supposedly “lean beef trimmings” are sold to companies who manufacture and sell lots of hamburger.

According to Wikipedia, the USDA allows up to 15% of ground beef to constitute pink slime without additional labeling.  Click here for the link to the Wikipedia article.  This article is comprehensive and will tell you everything you ever needed to know about pink slime!

Some companies are doing the right thing by refusing to use pink slime – I found a good article by Ben Forer at ABC News on where you can get pink-slime-free beef.  It was written on 3/21/12 so it’s relatively recent information.   Currently in the United States, only if a USDA Organic label is affixed to ground beef can we absolutely know that the beef contains no pink slime.

Pink slime is not permitted in Canada – they won’t permit ammonia to be used in ground beef or meats.  Pink slime is also not allowed in the United Kingdom, and the European Union has banned it and other mechanically-separated meats. So why are we so behind the times?

The main manufacturer of this filler, Beef Products Inc, had to close 3 of their meat plants this month due to public outcry and declining sales.  YAY Jamie Oliver and all those who did their bit to raise awareness of this problem.

Pink slime is not the only problem with our beef industry, however.  Please see my page Diet and Cancer and scroll down the page to the heading “Red Meat” to see the 4 major risk factors associated with consumption of non-organic red meat.  Always buy organic!  And be sure to check out Jamie Oliver’s site where you’ll get lots of great recipes and information on diet and nutrition.