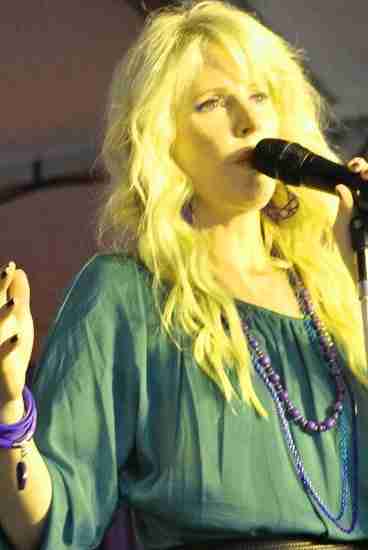 Today I wanted to just mention that I was recently contacted by the PR guy for Kim Cameron and her band, Side FX, to tell me that they wished to donate the proceeds of one of their singles to breast cancer research.  I confess to never having heard of Side FX, but I have now.

They are doing extremely well, apparently one of their videos already has around 300,000 views after just over a week, so congratulations to them.

I believe that Kim Cameron has recently lost a family member to cancer and has decided to donate all of the proceeds from the song “The Man I Used To Know” to breast cancer research, which is commendable.

If you’d like to support that band (and breast cancer research in the process), here is a link to their song:

The Man I Used To Know

I would like to make a personal appeal to Kim Cameron at this stage.  Rather than donating the money to breast cancer research, I would challenge her to donate those funds to an organization that is actively working to end the breast cancer epidemic, Breast Cancer Action.  It’s not that I think “breast cancer research” isn’t doing what they should be.  But Breast Cancer Action is not dependent on pharmaceutical companies or any corporations for funding, making them much more independent and able to effect real change at a grass roots level in the breast cancer epidemic.

Breast Cancer Action has been working since 1990 to put patients first, to create a healthier, less toxic environment, and to eliminate the social inequities that exist.  Their “Think Before You Pink” campaign has been extraordinarily successful in raising public awareness of the pinkwashing problem and other empty gestures that do little to change the breast cancer epidemic.

BCA’s current campaign “It’s An Epidemic, Stupid!” (the name was sparked by Bill Clinton’s slogan “It’s the Economy, Stupid!”) was begun because BCA feels that now is the critical moment.  After more than 30 years of “awareness” campaigns and billions spent on pink ribbon products, we are still losing 40,000 women per year to breast cancer and more needs to be done by each of us, our politicians and our government.

Kim, if you read this, congratulations on your decision to help breast cancer research.  Now take it one step further and donate to a cause that is actually doing something about it.  Thanks for listening and keep up the good work.