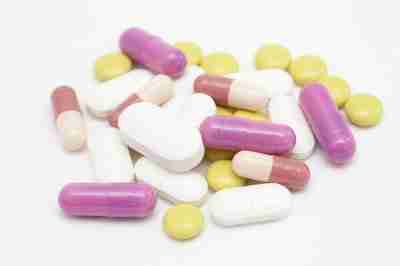 Photo courtesy of freedigitalphotos.net and anekoho

I did have chrysin listed in a previous article, Aromatase Inhibitors – Natural vs Toxic, but in my continuing quest to find natural aromatase inhibitors I have done a bit more research today in hopes of finding something for those of us who refuse the side effects of Tamoxifen and other similar drugs.

Chrysin – What Is It?

Chemically, chrysin is 5,7-dihydroxyflavone.  It is a naturally occurring, polyphenol compound found in a number of plants (such as passionflower), also honey and propolis, which is the resin-like glue bees use to construct their hives.

A polyphenol (for the uninitiated) is a generic term used for plant compounds that have two or more “phenol” (C6H5OH) groups. They contain a large number of compounds, and the reason they are important for health is that some of these compounds have potent antioxidant and anti-cancer properties.

Chrysin is one of a class of polyphenols known as flavonoids or bioflavonoids when they occur in foods or supplements. Other well-known flavonoids include quercetin and epigallocatechin-3-gallate (EGCG) found in green tea.

The Research on Chrysin

I found one two-year old German study, “Facile synthesis of chrysin-derivatives with promising activities as aromatase inhibitors” that indicated “the reaction of chrysin with various isonitriles and acetylene dicarboxylates results in a new class of flavone derivatives, tricyclic pyrano-flavones which also inhibit human aromatase” (emphasis added).  Reading the study abstract, I can only assume that the research was done in vitro (on cell lines in a test tube), not in humans or animals.

The distinction between “in vitro” and “in vivo” research is vital because while in vitro studies (done in test tubes) involve the cells or tissue samples being directly exposed to the compound in question, thus allowing biochemical reactions to be studied directly, in vivo studies (those done on actual living creatures or humans) will tell us whether a compound will work if ingested.  The compound really needs to be exposed to stomach acid, digestive enzymes, metabolism in the liver, etc – all of which occurs with oral administration.

The newest study, done in Brazil last year, “Evaluation of the mutagenic activity of chrysin, a flavonoid inhibitor of the aromatization process” indicated that while chrysin had anticancer, antioxidation, and anti-inflammatory activity, the researchers called chrysin a “mutagenic and cytotoxic compound in cultured human HepG2 cells and Salmonella typhimurium”.  Mutagenic means capable of inducing mutation and cytotoxic means toxic to cells.  That sounds rather alarming, but for the cells they were using – HepG2 cells (a perpetual cell line derived from a 15-year old Caucasian male with liver cancer) and Salmonella typhimurium (a toxic bacteria) cytotoxic and mutagenic activity would be a good thing I would think.

I was unable to draw any conclusions from the research I found as to whether chrysin is safe to take as a natural aromatase inhibitor.  Hardly any human trials have been done with this supplement to determine if this flavonoid has any side effects.  If you want to take it, make sure you run it by your naturopath first.  The fact that it has anti-cancer, antioxidant and anti-inflammatory properties might make it a good anti-cancer supplement, but there doesn’t seem to be enough evidence to back up its aromatase inhibition activity, at least in humans.


For now, I’d scratch chrysin off the list, people.  My own personal opinion is that it’s much more important to keep your immune system as strong as it possibly can be because it’s your first line of defense against disease.  For some good tips on how to do that, see my page 8 Ways To Build A Super Strong Immune System.

If you would like my help with getting through breast cancer in an inspiring and ultra-healthy way, please sign up for my free e-newsletters and e-books on the right, or “like” me on Facebook (MarnieClark.com).  It is my honor and my goal to help you through this.