If You’re Feeling Slightly Stupid During and After Cancer Treatments… 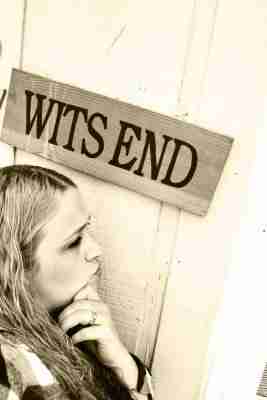 Photo courtesy of freedigitalphotos.net and Now and Zen Photography

I am an 8-year breast cancer survivor and to this day I maintain that the “therapy” I underwent caused me to have cognitive difficulties I still struggle with!

Now there’s research that bears this out.  Science Daily reported in December 2011 that breast cancer survivors may experience problems with certain mental abilities several years after treatment, regardless of whether they were treated with chemotherapy plus radiation or radiation only.  Interesting!

The article stated that “previous research suggests that chemotherapy can cause problems with memory and concentration in breast cancer survivors. To compare the effects of different types of cancer treatment on such mental abilities, Paul Jacobsen, PhD, of the Moffitt Cancer Center and Research Institute in Tampa, and his colleagues examined 62 breast cancer patients treated with chemotherapy plus radiation, 67 patients treated with radiation only, and 184 women with no history of cancer.  Study participants completed neuropsychological assessments six months after completing treatment and again 36 months later, which is further out from the end of treatment than most previous studies of this type.”

The study confirmed that chemotherapy CAN cause cognitive problems in breast cancer survivors that persist for three years after they finish treatment.

It’s interesting that the study was done on both chemotherapy patients and radiation patients – all too often people are happy to lump cognitive difficulties into the “chemobrain” classification but obviously it’s not just chemotherapy that causes the problem.

I do have several things that helped me with this problem – if you’d like to know more, just sign up for my newsletters on the right and you’ll get two free reports, the first of which outlines everything I did that helped me!