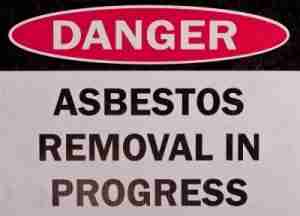 Barbara recently wrote to me requesting I include some information on my blog about another type of cancer about which her organization was raising awareness: mesothelioma, which is caused by asbestos exposure.  Barbara writes:

The Dangers of Asbestos

Prolonged exposure to asbestos causes mesothelioma. What is asbestos? It’s a bundle of fibers made from mined minerals. First discovered in the late nineteenth century, asbestos was used for insulation, soundproofing, some vehicle parts and shipbuilding. Asbestos was considered a miracle product until people began getting sick and dying. By 1989, asbestos was banned in the United States.

This ban came too late for many people who suffered and died from mesothelioma. Many people still suffer from this potentially deadly form of cancer of the tissues surrounding the lungs. Breathing in asbestos fumes has also been linked to other lung problems like asbestosis, nonmalignant lung disorders and blockages or plagues in lung tissue.

Anyone suffering from these symptoms needs to see a doctor as soon as possible. Smokers with mesothelioma may put off going to a doctor in the mistaken belief that the symptoms are caused by smoking. Although smoking can make a person more prone to developing mesothelioma and has been linked to lung cancer, mesothelioma is a different form of lung cancer and needs specific treatments. Patients many need a chest X-ray and other imaging tests to rule out other medical conditions.

Have You Been Exposed to Asbestos?

Asbestos releases microscopic particles into the air that can be breathed into the lungs. The closer a person is to the asbestos, the more he or she will breathe in. Builders and construction workers can breathe in large doses of asbestos because they may have to work directly with asbestos products.

However, just living or working in a building made with asbestos materials can be enough to cause mesothelioma in some people. Anyone who worked on boats, such as sailors or merchant marines, is trapped in an asbestos-soaked environment. People that lived through a natural or man-made disaster that topples entire buildings toss up great clouds of asbestos. Anyone who lived through such a disaster needs to be aware of the symptoms of mesothelioma and get treatment right away.

Thank you, Barbara, for sharing this information with us.