Could Washing Your Hair Make You Stupid AND Sick? 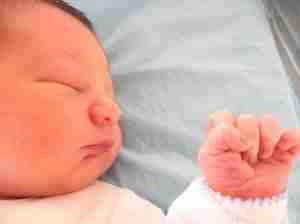 Yes, it’s true – washing your hair CAN make you stupid AND sick!

The Dirt On Personal Care Products

Research suggests that your shampoo may be washing away more than dirt.  An ingredient found in some soaps and shampoos might actually be affecting your memory and giving you a higher risk of cancer.

The research centers around an ingredient found in shampoos, soaps and other products we use to keep clean.  It’s called DEA (stands for diethanolamine), a chemical widely used in shampoos, lotions, creams and other cosmetics.  It provides a rich lather in shampoos and keeps a favorable consistency in lotions and creams.

Dr Steven Zeisel of the University of North Carolina School of Public Health (Chapel Hill) has uncovered evidence in mice that suggests DEA and TEA (similar chemical, triethanolamine) seep through the skin and block the brain’s ability to absorb choline, a key nutrient that plays a crucial role in the memory cell making process in the developing brain.  Low choline levels in the brain causes problems with memory and mental acuity, especially for babies.  The UNC research is using the same amounts of DEA that most of us would get if we shampooed our hair a couple of times per week.

According to preventcancer.com, “DEA by itself is not harmful but while sitting on the store shelves or in your cabinet at home, DEA can react with other ingredients in the cosmetic formula to form an extremely potent carcinogen called nitrosodiethanolamine (NDEA). NDEA is readily absorbed through the skin and has been linked with stomach, esophagus, liver and bladder cancers.  According to the International Agency for Research on Cancer (IARC), “There is sufficient evidence of a carcinogenic effect of N-nitrosodiethanolamine — .”

Why Isn’t DEA Regulated By The FDA?

Because the cosmetics industry is the least regulated industry under the jurisdiction of the FDA.

The FDA can make recommendations but it has very little power to enforce them. In 1979 the FDA ordered industry to eliminate NDEA from their products. In 1992, the FDA tested 12 products for NDEA contamination and found that 8 of them still contained this potent carcinogen. While levels have been reduced, there is still an avoidable risk of cancer when nitrosamine contaminated products are used. Even small amounts of this potent carcinogen can increase the risk of cancer.

It’s Up To Us To Be Proactive (What Else Is New?)

So – as usual, it’s buyer beware!  Go to your bathroom and check out your shampoos, lotions, deodorants and toss them out if this stuff is in them!  Most supermarket shampoos and lotions have DEA in them.  Doesn’t that make you mad?

Fortunately, there are now a number of companies doing the right thing and NOT including these harmful chemicals in their products. I talk about one of them in my article Another Source for Safe Cosmetics and Body Products.

If you would like my help with getting through breast cancer in an inspiring and ultra-healthy way, please sign up for my free e-newsletters on the right, or “like” me on Facebook (Marnie Clark, Breast Health Coach).  When you’re in a desperate situation, you need an ally.  You can depend on me to help you through this..